Marjaan would be joining the other seven bands in the top eight and move to the next round. 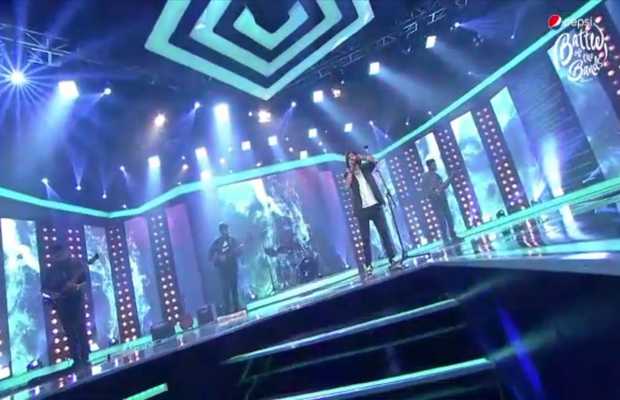 The fourth episode of Pepsi Battle of the Bands S4 continued the first round, with the remaining six out of twelve bands performing in three one-on-one battles.

First up was Auj vs Jhoot. Auj performed their original ‘O Jaana’ in a fantastic first move in what, according to Jhoot, was to be a tough battle akin to a Pakistan vs India match. 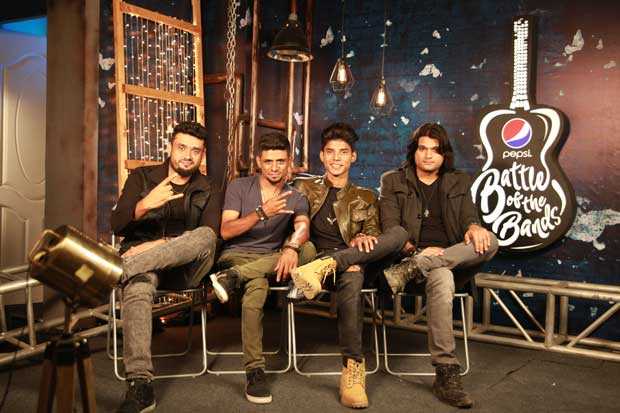 However, the judges begged to differ as Jhoot’s performance of their original ‘Sona Chandi’ didn’t knock Auj out cold. They praised Auj for their versatility, Bilal Maqsood was even afraid how they would follow it up after setting such a high bar for themselves. Pointing out the weak vocals in Jhoot’s performance, the jury awarded this round to Auj.

The next battle was between Marjaan and Black Hour. Marjaan fired the first shot with their original ‘Rang Jaa’. And Black Hour responded with an impeccable, transcendental performance of ‘Aik Nayi Subh’, prompting Fawad Khan to give them a standing ovation.

Fawad said Marjaan’s original could be a super hit song if they released it as a soundtrack and praised the band’s songwriting and vocals. He also said he thought Marjaan would overpower and outperform Black Hour but they proved him completely wrong and gave a mind-blowing performance.

The jury, overall, agreed that Marjaan was a more vocals-driven band, while Black Hour shined in all aspects and showed a strong footing as a unit with a diverse set of music and abilities. Faisal Kapadia said this was the toughest decision they have had to make so far, and the judges took a minute to make the decision, which eventually went in Black Hour’s favor.

Seismic Tremors and Uraan faced off the final showdown of the episode. This was an interesting battle as Uraan’s bassist Irfan was Seismic Tremor’s mentor in their university days, therefore making it a sort of mentor vs student contest.

Seismic Tremors performed an original ‘Dil ki Baat’, mixing narration and rap, claiming to be the first song of its kind to use both. Uraan responded to Seismic Tremor’s power-packed performance with a mellow, Ed Sheeran-esque song ‘Gol’. The jury decided to award this battle to Uraan, thanks to a more coherent, harmonic showing.

It was time to declare the best performance of the day. Meesha Shafi asked the audience to cheer for who they think was the winner. The jury, as well as the audience, were in agreement when Meesha gave a new Ibanez guitar to Auj.

Lastly, the judges had to decide which band will fill the last spot in the top eight. Marjaan, Seismic Tremors, and Jhoot lined up on stage. The jury praised the diverse sound of each band in the danger zone – from rock to rap to Eastern and soft and melodic, evidence of how Pepsi Battle of the Bands offers the prestigious platform to a vast variety of local talent.

Faisal finally announced that Marjaan would be joining the other seven bands in the top eight and move to the next round.

tweet
Share on FacebookShare on TwitterShare on PinterestShare on Reddit
Saman SiddiquiJuly 23, 2019
the authorSaman Siddiqui
Saman Siddiqui, A freelance journalist with a Master’s Degree in Mass Communication and MS in Peace and Conflict Studies. Associated with the media industry since 2006. Experience in various capacities including Program Host, Researcher, News Producer, Documentary Making, Voice Over, Content Writing Copy Editing, and Blogging, and currently associated with OyeYeah since 2018, working as an Editor.
All posts bySaman Siddiqui