Rocklite Releases First of Its Kind Song for a Cause “Pani” 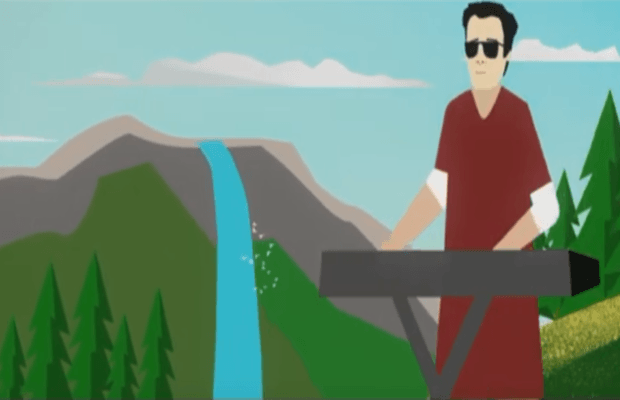 Former guitarist of Vital Signs Rizwanul Haq has formed a band, namely Rocklite, with songwriter, producer, composer and vocalist Bilal Ashraf and folk legend Tufail Niazi’s (late) grandson, Jehangir. The band’s latest song is q first of its kind song for a cause that has potential to spark debate.

Titled ‘pani’ Rocklite’s latest release aims at addressing water crisis which is growing more than even. And despite the public’s general lack of interest in the matters surrounding global climate change and water conversion, the band is hopeful that the message will reach across for its unique animated video.

“The reason why I did Pani for was because I wanted to give out a public service message, but to make that message more effective, I opted to get the issue animated,” said Rizwan while talking to Express Tribune.

“I also wanted to do that because I did not want to publicize the band, I wanted the audience to focus soley on the issue of water and respect the blessing, Its a living thing that we need to acknowledge,” added ths guitarist.

The song, sung in multiple languages is a classic example of modern arts as the fusion of contemporary guitar with classical lyrics grabs audience’s attention with its beginning. Furthermore, the catchy chorus singing “Every drop of water is life” revitalizes the essence of the song all the way till the end.

“I wanted to give a universal message, which is why I incorporated various languages, because water needs to be conserved everyone around the world for people to live peacefully among each other,” Rizwan explained as to why the band opted for multiple languages.