Solis Festival heading to the city of lights, Karachi 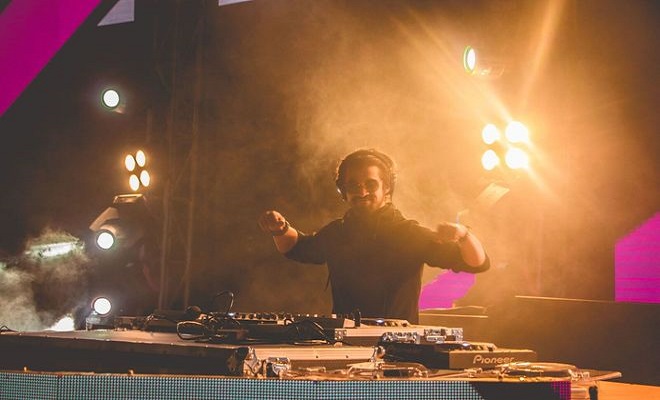 Solis Music & Arts Festival’s biggest goal is to create an impact on Pakistan’s Art and Music Industry. Electronic music lovers should rejoice for Solis Festival on 16th November in Karachi, powered by Mountain Dew and Chocolicious, which will feature local and international artists.

Pakistan echoed through the mountains in Islamabad in February, and shook the ground in Lahore before Karachi; Soul potion 42D yoga will take place at Solis Festival in Karachi by Nusrat Hidayatullah, Ayesha Omar, Momina Mustehsan and Sheheryar Munawar.

Clean Bandit is a British electronic music band, formed in Cambridge in 2008. The band released “Mozart’s House”, which reached number 17 on the UK Singles Chart. In January 2014, they scored their first UK chart-topping single with “Rather Be”, collaboration with Jess Glynne. The song also reached number ten on the US Billboard Hot 100. In 2015, the song won the Grammy Award for Best Dance Recording. Clean bandit got over a billion views on YouTube and is one of the 30 most viewed videos on YouTube.

Kill The Buzz’s sound consists of a big-room sound and a cutting edge drop to make club dance-floors shake on their grounds and entered in EDM Scene with “Party Hard” released on Hardwell’s label Revealed Recordings begin October 2012. Oceanvs Orientalis is a formation that aims to challenge the aesthetic perception in electronic music. It blends itself with the archaeologic tunes of mankind’s cumulative musical history and in this very context believes that “everything comes from the east.

FDVM, Florent and Victorien are best known for their contagious good vibe and uplifting house music. Gathering countless followers around the globe and more than 100+ million plays on their original music, the French Duo performs most of their shows apart with Florent in Europe and Victorien in the US. Turhan James, makes a variety of EDM genres, from deep house to dance-pop. moving to Ottawa, Canada and he performed in local and international festivals, Salt Arts, Solis festival Lahore & Islamabad, Earlier, James released his new song, titled ‘Feel Alive.’ Some of his previous titles include ‘LA,’ ‘Wicked Ways’ and ‘Amsterdam.’ Neha has performed at Pop Exhibition for HEF and mental health fundraiser at Sol.

To ensure the safety of women – the audience will have the chance to go to female-only enclosures or mixed enclosures that will be the space for both boys and girls.