The fifth edition of the PSL kicks off on February 20 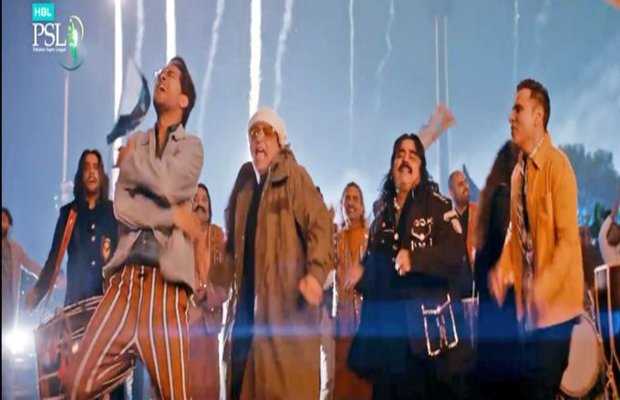 As the Pakistan Super League’s fifth edition is right beside the corner, keeping up with the tradition, officials have released the official anthem of HBL PSL5 Tayyar Hain.

The anthem has been produced by renowned musician Zulfiqar Jabbar Khan aka Xulfi, while Kamal Khan of Laal Kabootar fame has directed its video.

“Tayyar Hain, through its lyrics and music, captures the mood and celebrates the fact that the entire Pakistan Super League 2020 is taking place in Pakistan for the very first time,” read a statement on the PSL website.

For this year’s anthem video seems to be spot on showing all the flavours of Pakistani cricket and as well as beat of drums seems to be pretty lively.

The songs of the first three PSLs were sung by Ali Zafar and the last year’s anthem was sung by Fawad Khan.

Among all of the PSL songs made so far, Zafar’s 2017 tune titled Ab Khel Jamay Ga remains by far the biggest favorite among the fans.

It has, in fact, become the unofficial tune of cricket in Pakistan and that could be the reason this new anthem is not received well by the PSL fans.

Does the inclusion of multiple singers and lyrics of the song do justice with the PSL tradition, fans don’t think so!

Boss 🤷‍♂️
Where r the ground shots? where r huge sixes? where r passionate dives & dismissals? where r players' face expressions? where is crowd's chanting & shouting? It looks like a Pepsi commercial more than an anthem of any sports event#PSLV #PSL2020 🏏https://t.co/QwBpoMV097

The fifth edition of the PSL kicks off on February 20 with its first match at Karachi’s National Stadium with defending champions Quetta Gladiators playing against two-time winners Islamabad United.

tweet
Share on FacebookShare on TwitterShare on PinterestShare on Reddit
Saman SiddiquiJanuary 28, 2020
the authorSaman Siddiqui
Saman Siddiqui, A freelance journalist with a Master’s Degree in Mass Communication and MS in Peace and Conflict Studies. Associated with the media industry since 2006. Experience in various capacities including Program Host, Researcher, News Producer, Documentary Making, Voice Over, Content Writing Copy Editing, and Blogging, and currently associated with OyeYeah since 2018, working as an Editor.
All posts bySaman Siddiqui