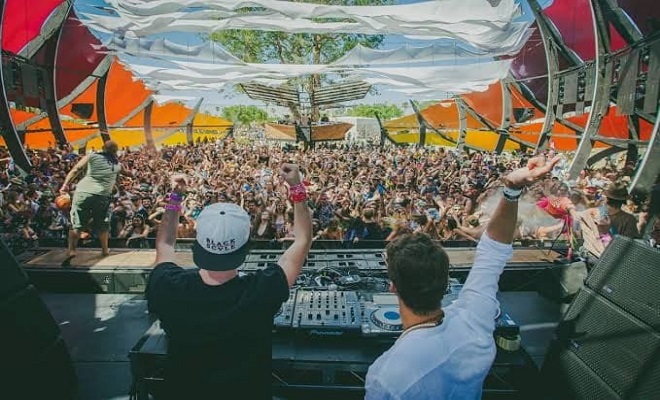 Sexual harassment isn’t a new occurrence for women in Pakistan, however it was not until recently women started to come up front and call out the harassers. The same recently happened when Lila Khan, an attendee of Solis Music Festival held in Lahore, called out on social media to narrate the horrific experience she had at the concert.

“Awareness about harassment that went on at Solis Festival must begin. Too many girls experienced similar uncomfortable situations for me to remain silent. I will NOT be shut down and feel embarrassed because I was mistreated. To any other girls who experienced any sort of harassment in the past, we stand together. Support your local girl gang!” wrote Lila on her Instagram.

She then shared her story in a live session and reflected upon how a security guard from SSB Bouncers Pakistan allegedly initiated the mob harassment on her and her sister.

“When we entered (I was with a lot of male friends), I noticed there were a lot of guys and that wasn’t unusual or a problem. They were staring, but that was a common occurrence, so it didn’t bother me,” said Lila.

However, soon after Lila realized the unusualness of the situation, as she was held aggressively by a security guard who tried to molest her. When confronted by Lila’s male friend, the security guard pretended to be ‘ensuring security’ for the ladies.

The guard then asked Lila and her friend to step aside and that’s where the traumatic events began for Lila who recalls it as a ‘life and death situation’.

“I don’t know where my other friends went; there were so many hands groping me, it seemed like it was planned. It was really gross, really disgusting. My sister at the back of the crowd was dealing with a similar situation and when she saw me struggling, she came running in,” said Lila.

Lila reflected how she somehow managed to get out of the harassers’ hands and ran to save herself. Her male friends also brought her sister out who had fainted by that time. Lila said she felt disgusted and immediately threw up, thinking about the situation that she had endured.

In her video Lila called out on the security arrangements of the event and questioned Solis organizers on the management. She added that there were numerous other women who faced similar situations and it goes out to show the how poorly the event was executed.

In response to Lila’s complaint, Solis management responded on Instagram. “We have taken strict action against the security company and will make sure we send the culprit to jail and make sure that sort of negative act ends at our future events. The safety of our guests is a deepest concern of ours and we take this situation very seriously.”

The security company SSB Bouncers Pakistan also took to Instagram to address the issue. While on one hand they lent full support to Lila to investigate the matter, on the other they also questioned the authenticity of her allegations.

“You claimed to be harassed by one of the security guards, if that had happened other security guards or people amongst the crowd would have taken action there and then,” said SSB Bouncers in an attempt to question Lila’s claim.

“Sexual harassment is a highly sensitive matter and it should not be taken lightly, [we] would like to offer you our assistance by calling you to the venue for you to identify the culprit,” the statement further said.