New father Zayn Malik has been a little bit away from the mainstream music scene lately, but that doesn’t stop him from treating his fans with something special.

The former One Direction member has gotten onboard Amazon Music, as was revealed from his latest Instagram post after a hiatus.

Zayn who now has a collection of 52 songs on the paid music streaming service, asked his fans to listen to his songs. The collection is titled Chilled Hits with some of the singer’s best numbers on it. 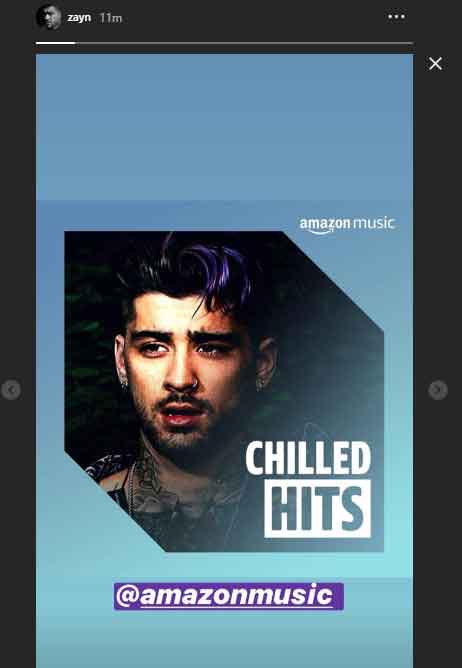 On the personal front, Zayn and longtime girlfriend Gigi Hadid recently became parents to a baby girl. The couple has yet not announced their child’s super-secret name.