And Twitterati can't get enough of it! 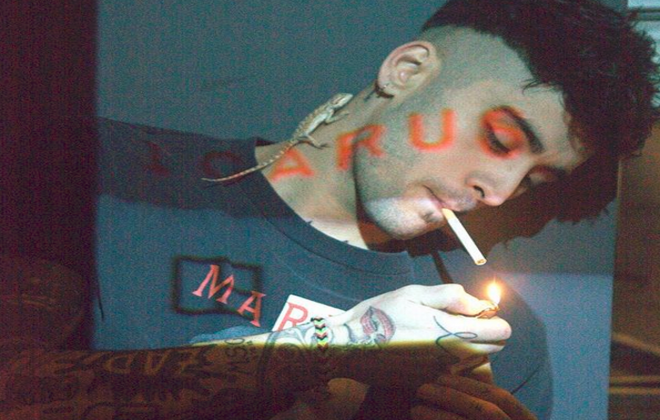 Former One Direction member had been teasing fans for months now with one after another chart buster tracks like Dusk Till Dawn, Let Me, Entertainer, Sour Diesel and Too Much, just to name a few.

The No Candle No Light singer took to social media announcing the release of his new album.

Last capsule before the album’s out round the world https://t.co/a3GUUHAI0g#ICARUSFALLS pic.twitter.com/Je5t3aI0Of

Thank you to everyone supporting the music. Big love to everyone that came out tonight! #IcarusFallsParty

As being reported, to celebrate the upcoming release of the new album, Zayn held an Icarus Falls Party for his fans and family members in New York City. Zayn was joined in with his mother Tricia Malik as well as sister Waliyah Malik.

Zayn’s last solo album was Mind of Mine in 2016. As soon as the album hits out, fans immediately started to respond to the newly released Icarus Falls:

I stayed up for this and Im not disappointed 😭❤️ This is such an amazing album. ZAYN DID THAT #IcarusFalls pic.twitter.com/Yh5PMtTjfp

ICARUS FALLS DOES NOT HAVE ONE BAD SONG PERIOD. ZAYN INVENTED TALENT! A LEGEND! #IcarusFalls pic.twitter.com/QpGUxZEbZx

I am going to be honest… #IcarusFalls is the best album I've heard this year. By a big margin. It was worth the long, dreadful wait. pic.twitter.com/kvm9s2KZdE

tweet
Share on FacebookShare on TwitterShare on PinterestShare on Reddit
Saman SiddiquiDecember 14, 2018
the authorSaman Siddiqui
Saman Siddiqui, A freelance journalist with a Master’s Degree in Mass Communication and MS in Peace and Conflict Studies. Associated with the media industry since 2006. Experience in various capacities including Program Host, Researcher, News Producer, Documentary Making, Voice Over, Content Writing Copy Editing, and Blogging, and currently associated with OyeYeah since 2018, working as an Editor.
All posts bySaman Siddiqui