Another crisis in the making! 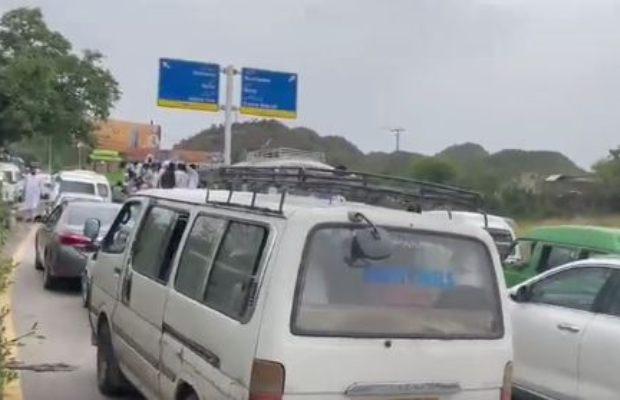 Another crisis in the making as more than 12000 cars have entered Murree by the third day of eid causing traffic jams!

As reported, there are thousands of cars still waiting for their entry into the hill station.

Tourists have thronged Murree once again, the city which has the capacity to cater to only 8000 cars. And has a parking capacity of only 3500 vehicles.

As of Wednesday, as per the media reports, 10536 vehicles entered Murree.

People in their vehicles have reportedly been waiting for their entry into the hill station for more than an hour.

On Bhara Kahu Road, people have been waiting in a 2km long queue of vehicles.

The Rawalpindi administration has urged the visitors, and tourists to strictly follow traffic rules to avoid traffic congestion and road mishaps while going to Murree and other hilly areas during the Eid holidays.


Prior to the eid holidays, the administration of Murree banned the entry of more than 8,000 vehicles on Eid.

It was also decided that Mall Road in Murree would be closed for general traffic during the Eid days and summer season.

Chief Traffic Officer (CTO) Rawalpindi Naveed Irshad said that more than 350 traffic police personnel will be deployed in Murree during the Eid and summer season.

The CTO Rawalpindi has said that unlicensed drivers will not be allowed to enter Murree while a helmet will be required for all the motorcyclists for entering district Murree.