According to the officials, a search for more people is underway. 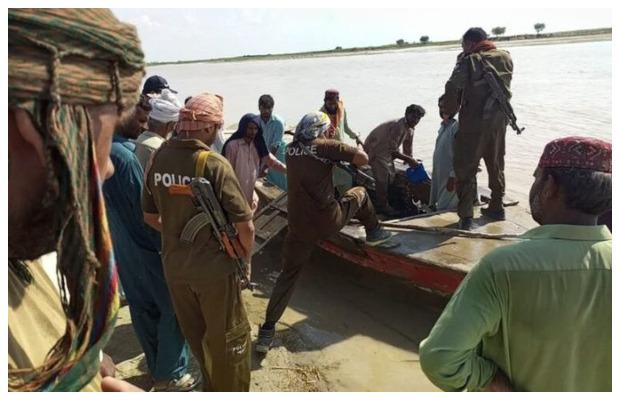 13 dead as a boat carrying flood affectees capsized near Sindh’s Bilawalpur on Monday.

According to rescue officials, a boat overturned in swollen Indus River near Bilawalpur village near Sehwan.

According to the officials, a search for more people is underway.

As reported, nearly 30 flood victims were being taken to the relief camps when the incident took place.

People, including children, drowned as the boat capsized, and their bodies have been rescued and recovered.

According to the Bilawalpur deputy commissioner, the death toll rose to 13; while eight people have been rescued.

Flood relief operations are being carried out in far-flung rural areas of Sindh, including Dadu, Sanghar, Mirpur Khas, Qambar Shahdad Kot, Sehwan, and Sukkur, on Monday.