The security forces had thwarted terror attacks on their camps in Balochistan, initially killing four terrorists on Wednesday evening. 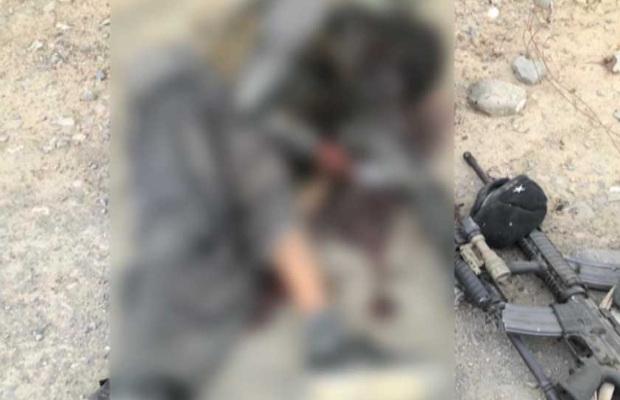 Seven security personnel were martyred, 13 terrorists were killed in Panjgur and Naushki: ISPR

Inter-Services Public Relations (ISPR) on Thursday in a statement said that the security forces carried out clearance operations on Wednesday night to hunt down terrorists hiding in Panjgur and Naushki areas of Baluchistan and successfully repulsed the terrorist attacks.

“Both attacks have been successfully repulsed while inflicting heavy casualties on terrorists,” it added.

“In Naushki, the security forces shot down five more terrorists, bringing the tally to nine terrorists killed in the area while four soldiers embraced martyrdom in the encounter,” the ISPR said.

“As per the initial investigation, intelligence agencies have intercepted communications between terrorists and their handlers in Afghanistan and India,” the statement concluded.

According to the latest updates, an operation is still underway in Panjgur for the elimination of terrorists present in the area, where four terrorists have so far been killed and four to five others have been encircled by the security forces.

The attacks were the latest in a string of terrorist acts seen in recent weeks in Baluchistan.

Following the development, PM Imran Khan has honoured the security forces of Pakistan for foiling the terror attacks on their camps in Balochistan.

Earlier in the day, Federal Interior Minister Sheikh while addressing the press told that the terrorist attacks on the camp of security forces in Naushki and Panjgur and said that four security personnel also embraced martyrdom in retaliation. We salute the brave officers over repulsing the attacks, he expressed.

Sheikh Rashid said that our security forces are well trained to foil any kind of terrorist attack.