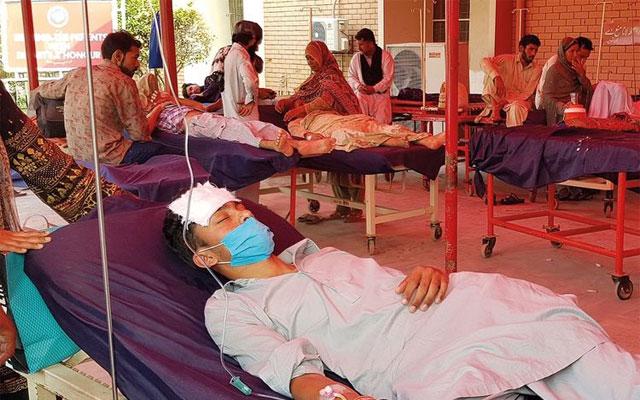 The dengue outbreak in Punjab has reached the worst in years as 133 new patients were tested positive for the mosquito-borne viral infection on Monday. The overall cases reported 3,709 in Punjab this year.

Over the past 24 hours, 133 new and confirmed cases of dengue were reported; the health department said adding that 132 patients who had admitted earlier were discharged today.

The new cases of dengue were reported 125 patients from Rawalpindi, 3 patients from Sheikupura, two from Lahore and Gujrat and one from Hafizabad.

Punjab health department further reported that among the total number of dengue cases in Punjab, 2,953 have been recovered and were sent to the home. However, 9 people have died in a lethal viral attack.

The provincial government of Sindh has also issued a report on dengue cases revealing that more 179 patients have infected with the virus and the total number of diagnosed cases has reached 3,015 cases this year. 11 people in Karachi have died this year amidst outbreak.