16 people sentenced to death in Bangladesh for burning teen alive 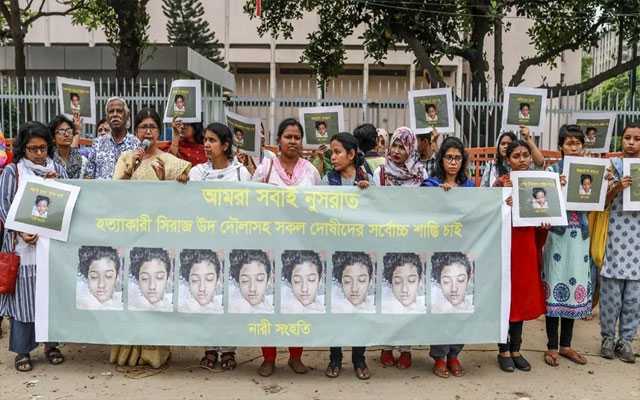 Sixteen people have been sentenced to death at a court in southern Bangladesh on Thursday over the murder of a female- student who was set on fire after she accused a teacher of sexual harassment.

According to the details, Nusrat Jahan Rafi was burnt alive after she refused to withdraw a sexual harassment complaint against the headteacher of the school she attended.

Rafi had died of burn wounds in April after she was doused in kerosene and set ablaze for declining to withdraw a sexual harassment complaint against the head of a school where she was a student. 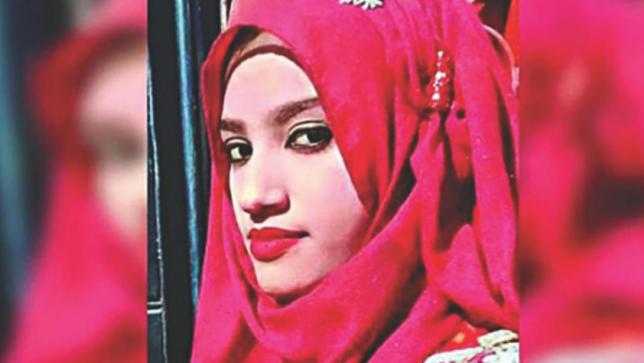 Hafez Ahmed, the lead prosecutor in the case, welcomed the verdict, saying it has proved that no one could get away with murder in Bangladesh. 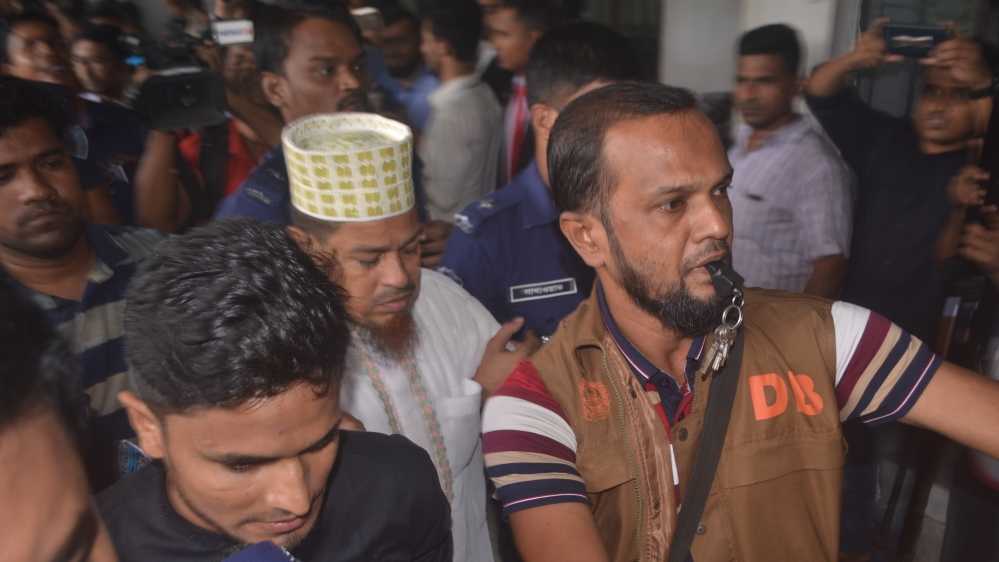 “We have the rule of law,” adding that, “It’s an achievement for the judiciary,” he said.

Reportedly, Rafi was lured to the rooftop of the school where the attackers forced her to withdraw the case, but when she refused, she was tied up, doused in kerosene and burnt alive.

She suffered 80 percent burns on her body and died in hospital after five days on April 10.

Rafi’s sparked outrage and protesters in the capital city of Dhaka staged days of demonstrations seeking “exemplary punishment” for the killers.