Two bodies have been recovered while six wounded taken out from under the rubble were shifted to Abbasi Shaheed Hospital. 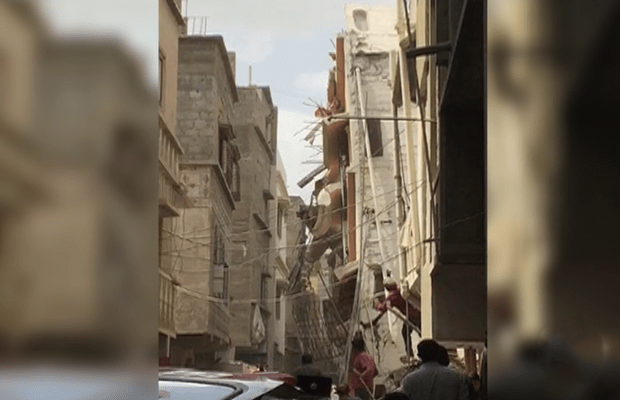 A five-storey building has collapsed in Karachi’s Golimar area on Thursday.

According to rescue sources, two bodies have been recovered while six wounded taken out from under the rubble were shifted to Abbasi Shaheed Hospital. A few others are reportedly trapped beneath the rubble.

Of the five people injured, two people are reportedly in critical condition.

This residential building was constructed two years ago according to the residents of the area, and ten families were living there.

Located in Golimar Number 2, it was constructed on 80 square yards of land and was named 400 Quarter building.

According to CM Sindh’s spokesman, CM Sindh has also sought a report related to the building’s construction and today’s rescue operation.