Captial Punishmnet was implimented at the stadium in the captial city of Aden. 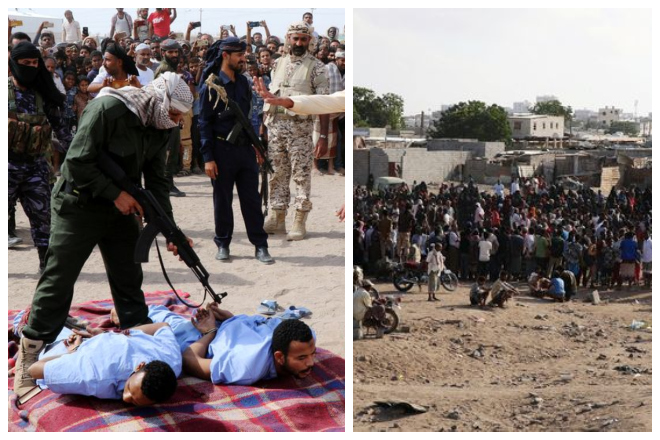 In Yemen, a country which has one of the highest execution rates per capita in the world, two pedophiles, 28 and 31, were publicly executed in Yemen for raping and murdering a 12-year-old boy.

A huge crowd cheered as a gunman fired shots with AK-47 into the backs of the convicts, at a stadium in Aden, the capital of the war-torn country.

Wadah Refat, 28, and Mohamed Khaled, 31, had been convicted of raping and murdering a boy named Mohamed Saad in May last year.

The convicted men wore blue shirts and trousers as they lay face down with their hands tied behind their backs, as seen in the photos released by an international news agency. 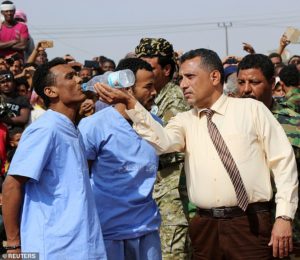 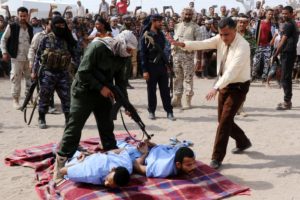 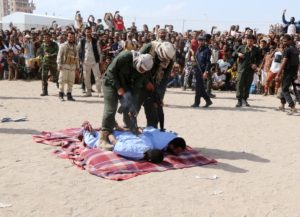 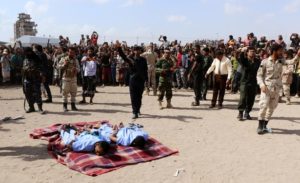 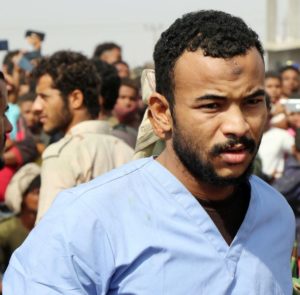 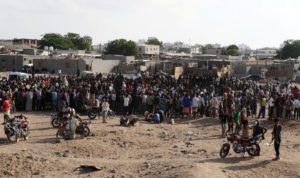 Reportedly, the boy had been playing next to a house where one of the men lived and dragged him into a building where they sexually assaulted the youngster. The attackers murdered the youngster after they were startled by the boy’s cries for help.

A 33-year-old woman has also been sentenced to death for helping Refat and Khaled dismember the boy’s body. But the woman’s execution has been postponed as she is pregnant.

tweet
Share on FacebookShare on TwitterShare on PinterestShare on Reddit
Saman SiddiquiFebruary 8, 2019
the authorSaman Siddiqui
Saman Siddiqui, A freelance journalist with a Master’s Degree in Mass Communication and MS in Peace and Conflict Studies. Associated with the media industry since 2006. Experience in various capacities including Program Host, Researcher, News Producer, Documentary Making, Voice Over, Content Writing Copy Editing, and Blogging, and currently associated with OyeYeah since 2018, working as an Editor.
All posts bySaman Siddiqui