According to reports, the train was on its way to Lahore from Karachi when the accident occurred at a railway crossing, splitting the bus in two. 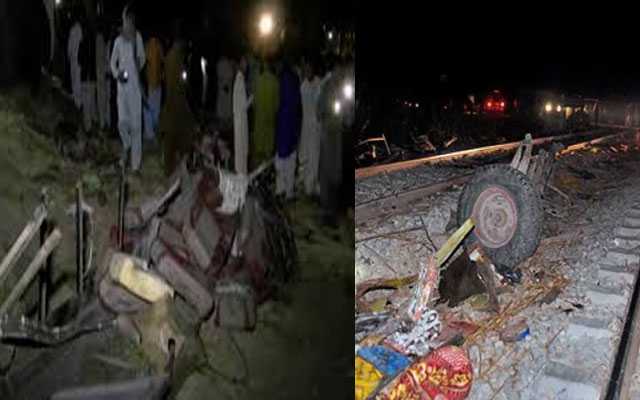 At least 20 people reported dead while more than 30 injured in a tragic accident after a passenger train collided with a bus at a crossing near Rohri district of Sukkur on Friday.

According to reports, the train was on its way to Lahore from Karachi when the accident occurred at a railway crossing, splitting the bus in two.

According to the rescue team, the relief operation at the spot is underway and the injured persons have been shifted to hospital for medical treatment. 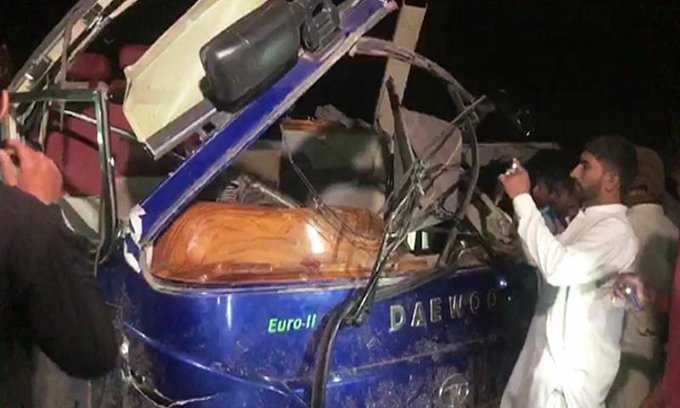 Sukkur commissioner Shafiq Mahesar while reporting the incident to media said the injured were shifted to Taluka Hospital and Civil Hospital Sukkur for treatment.

“The rescue operation is underway and we have extended the search parameter to a 1 kilometer radius,” said the commissioner.

The accident occurred due to the bus driver’s negligence

After the tragic incident, the federal Minister for Railways Sheikh Rashid Ahmad expressed his deep grief over the loss of lives.

A spokesperson for the Pakistan Railways said that the tragic accident apparently has occurred due to the bus driver’s negligence. He said the Pakistan Express’s assistant driver had also been injured.

The spokesperson further said that the engine of the train had been broken as a result of the mishap. 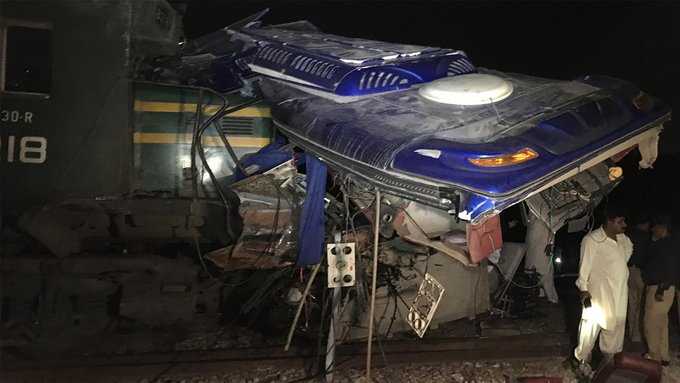 “There are no gates installed an unmanned crossings,” divisional superintendent of the Pakistan Railways said.

He also said that the gates would be installed at such crossings when the provincial governments will provide funds for it.

“We should not discuss at this time as to who’s fault the accident is,” he said. 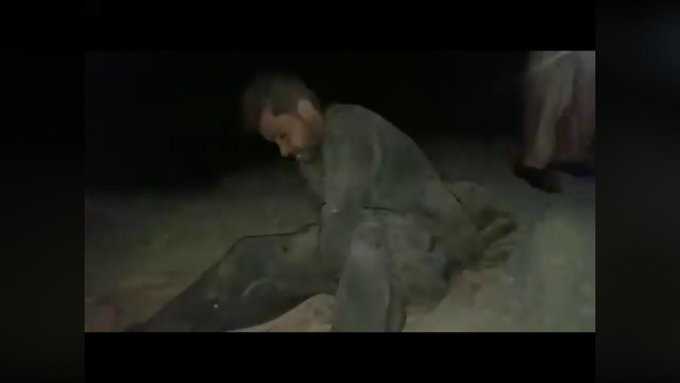 Meanwhile, people on social media expressed their concerns over the sad incident and extended deepest condolences to the loss of lives.

#Sukkur: At least 18 people died & several others got injured after the #Pakistan Express passenger #train collided with a bus near #Rohri.

The train was on its way to Lahore from Karachi when the #accident occured at a railway crossing, splitting the bus in two. pic.twitter.com/FYOgpDisUR

Provincial Minister Transport and Mass Transit Syed Awais Shah while talking to the media blamed Pakistan Railways for their negligence saying that the railway crossing was not installed at the place where the accident occurred. He also told the media that they had repeatedly asked the railway authorities for the installation.

Search and rescue in still going on. The injured are being transferred and provided medical care at Rohri and Sukkur. My prayers for people who lost thier lives and for thier families. pic.twitter.com/zx0VyL6VgS

The Chief Minister Sindh Syed Murad Ali Shah expressed grief and sorrow over the loss of lives in the train accident near Rohri.

The CM directed authorities to declare a state of emergency in hospitals across Khairpur to deal with the sad situation.

“All steps should be taken to save the lives of the injured,” he said. 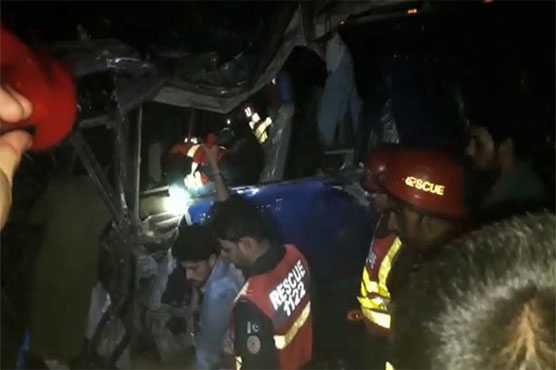 Shah also directed authorities in hospitals to make necessary arrangements for the provision of medicines and blood donations for the injured.

Sindh’s former governor Dr. Ishrat ul Ebad also extended his deepest condolences to the affected families over the loss of precious lives in the train accident.

My deepest condolences over the loss of precious lives in the train accident with a bus near #Rohri, #Sukkar.

My heartfelt condolences to the affected families and prayers for the early recovery of injured.

May Allah Almighty grant the victims the highest rank in Jannah