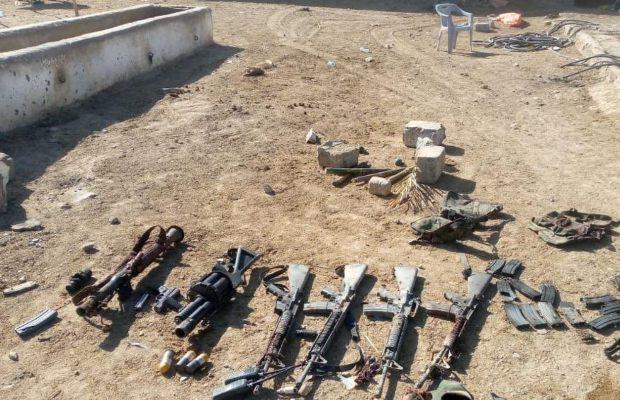 20 terrorists have been killed as security forces complete clearance operations in the Panjgur and Naushki areas of Baluchistan.

Inter-Services Public Relations (ISPR) in a statement issued on Saturday notified that “a total of 20 terrorists were killed during Panjgur and Naushki operations. Security forces have completed the clearance operation.”

During the operation, five soldiers, including a junior commissioned officer, were martyred and six soldiers were injured in the follow-up operations at Panjgur that lasted 72 hours.

ISPR added that the terrorists had attacked security forces’ camps at Naushki and Panjgur late evening on February 2.

Both the attacks were “repulsed successfully by the prompt response from troops” at both locations, it added. 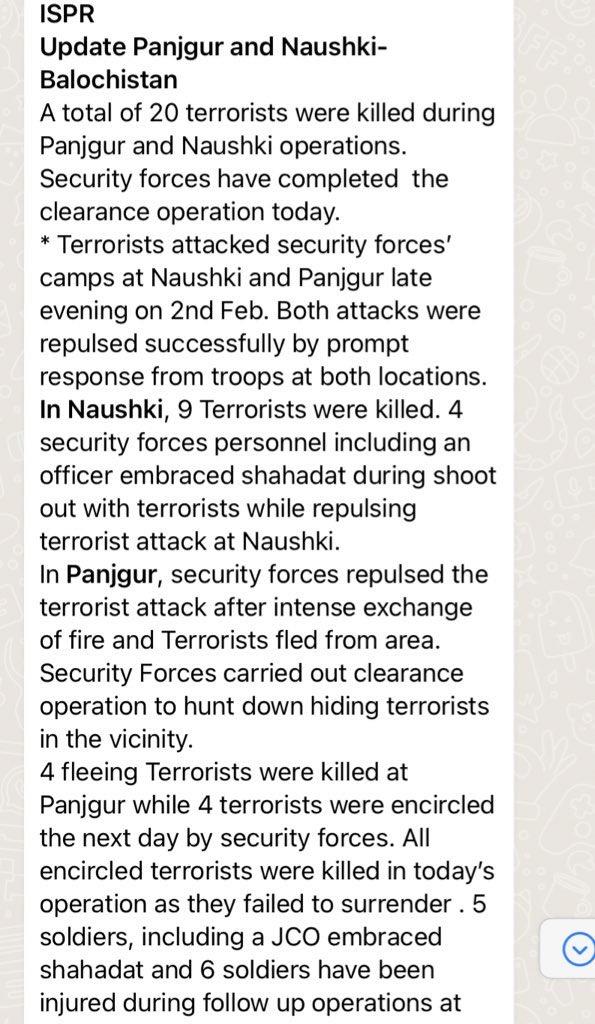 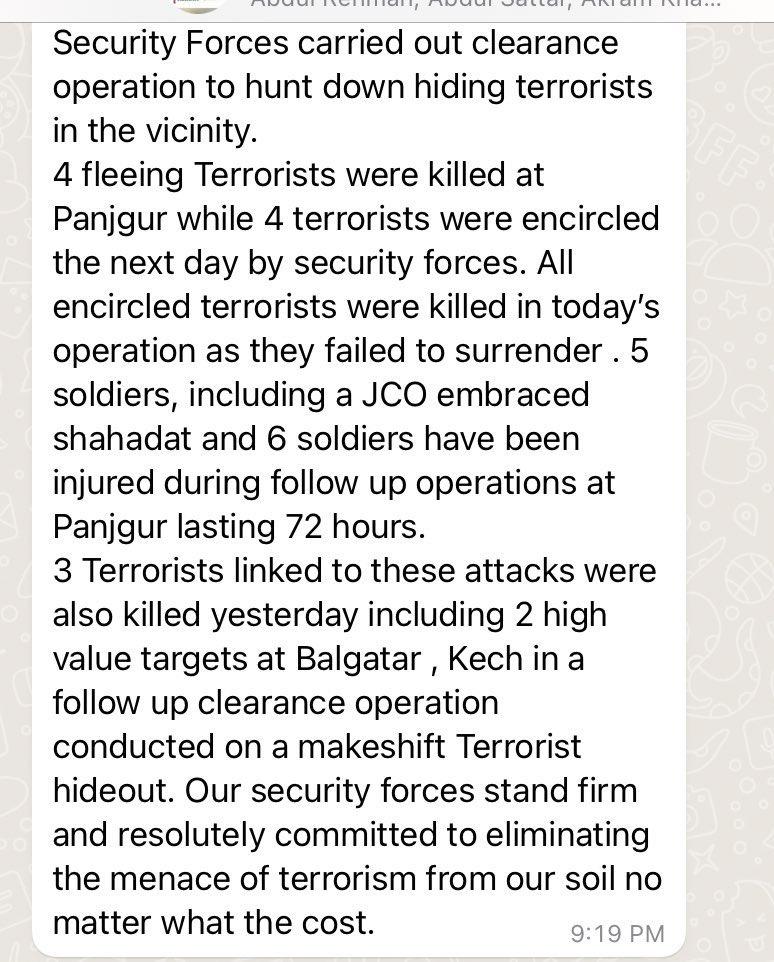 The statement added, “In Naushki, nine terrorists were killed, while four security forces personnel, including an officer, embraced martyrdom during shooting them out, the ISPR said. In Panjgur, security forces repulsed the terrorist attack after an intense exchange of fire and terrorists fled from area.”

The military’s media wing added that the security forces carried out a clearance operation to hunt down the hiding terrorists in the area after the attack on February 2.

“Our security forces stand firm and resolutely committed to eliminating the menace of terrorism from our soil no matter what the cost,” vowed the Pakistan military’s media wing ISPR.

tweet
Share on FacebookShare on TwitterShare on PinterestShare on Reddit
Saman SiddiquiFebruary 6, 2022
the authorSaman Siddiqui
Saman Siddiqui, A freelance journalist with a Master’s Degree in Mass Communication and MS in Peace and Conflict Studies. Associated with the media industry since 2006. Experience in various capacities including Program Host, Researcher, News Producer, Documentary Making, Voice Over, Content Writing Copy Editing, and Blogging, and currently associated with OyeYeah since 2018, working as an Editor.
All posts bySaman Siddiqui