The Day commemorates the passing of the Lahore Resolution on March 23, 1940. 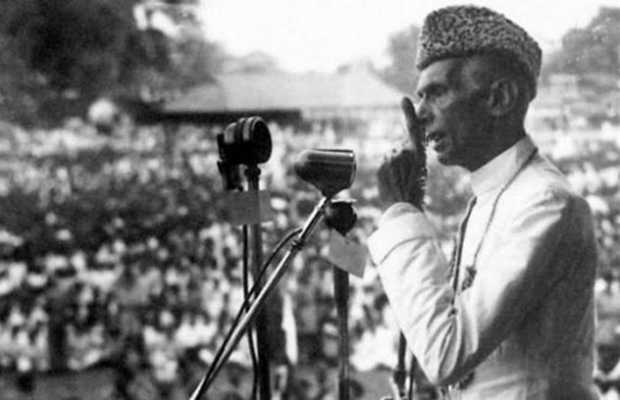 The nation today is celebrating Pakistan Day, commemorating the passing of the Lahore Resolution on March 23, 1940, the day when the All-India Muslim League demanded a separate nation for the Muslims of the subcontinent.

Owing to the COPVID-19 pandemic the day saw all events commemorating the day held with strict compliance with standard operating procedures (SOPs).

The national flag was hoisted atop all major government buildings while the change of guard ceremonies were held at the mausoleums of Quaid-e-Azam Mohammad Ali Jinnah in Karachi and Allama Iqbal in Lahore earlier in the day.

Meanwhile, the joint parade of armed forces on Pakistan Day, which is the main feature of the celebrations, was postponed due to the bad weather conditions in the federal capital.

According to the Inter-Services Public Relations (ISPR), the parade has been rescheduled for March 25 due to rain forecast by the Pakistan Metrological Department (PMD) in Islamabad for the next two days.

President Dr. Arif Alvi and Prime Minister Imran Khan extended separate messages to the nation on the occasion of Pakistan Day. Both have urged the people to continue efforts to make the country truly democratic and a welfare state.

President of Pakistan Dr. Arif Alvi in his message to the nation reaffirmed the resolve to make Pakistan an economically stronger and prosperous country.

He urged the people to remember the Kashmiri brethren, who are being subjected to the worst form of repression and state-sponsored terrorism.

Mr.  President also said that the world must take notice of blatant human rights violations being committed by India in the Indian Illegally Occupied Jammu and Kashmir.

He said the key to durable peace in South Asia is the resolution of the Jammu and Kashmir dispute in accordance with the relevant United Nations Security Council resolutions.

Prime Minister Imran Khan in his Pakistan Day message to the nation, reaffirmed his commitment to make the country a humane, progressive, and prosperous state akin to Riyasat-e-Madina based on rule of law, meritocracy, egalitarianism, and compassion.

He said 23rd March 1940 was a momentous occasion when the Muslims of the Sub-Continent decided to establish a separate homeland to free themselves from the shackles of oppression and slavery of the Hindutva mindset.

A number of political leaders also extended their special messages to the nation marking the resolution day:

tweet
Share on FacebookShare on TwitterShare on PinterestShare on Reddit
Saman SiddiquiMarch 23, 2021
the authorSaman Siddiqui
Saman Siddiqui, A freelance journalist with a Master’s Degree in Mass Communication and MS in Peace and Conflict Studies. Associated with the media industry since 2006. Experience in various capacities including Program Host, Researcher, News Producer, Documentary Making, Voice Over, Content Writing Copy Editing, and Blogging, and currently associated with OyeYeah since 2018, working as an Editor.
All posts bySaman Siddiqui