The PM’s special assistant said we have not any single case of novel coronavirus reported in Pakistan yet. 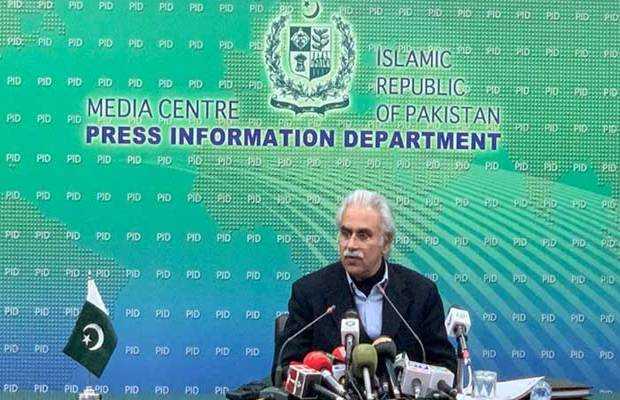 A special meeting at federal-level was held on Friday to discuss the measures to avoid novel coronavirus from spreading in Pakistan.

Special Assistant to the Prime Minister on Health Dr Zafar Mirza who chaired the meeting said a total of 25 samples were received by the National Institute of Health, adding that, all the suspected cases had been tested negative.

The PM’s special assistant said we have not any single case of novel coronavirus reported in Pakistan yet.

The executive director of the NIH, Major General Dr Aamer Ikram gave a briefing on the steps taken to screen and control the spread of the deadly virus.

“Major health institutes were issued protocols to deal with suspected cases as well as international guidelines were being practiced at all ports, said Dr Mirza.

“Health staff posted at airports was trained on screening measures by the NIH,” he added.

The special meeting was joined by the Federal Health Secretary Dr Allah Baksh Malik and members of the Pakistan Army.

Earlier on Saturday, the laboratory division of the National Institute of Health (NIH) Islamabad began examining the samples for Coronoavirus after kits (capable to analyse 1000 samples) from Hong Kong have reached the health facility.

NIH’s Officials said the samples they had received were either of the Chinese citizens who have traveled to China in January 2020 or the Pakistanis who had just returned from China.