DNA test will be conducted to determine the sex, age, and cause of death. 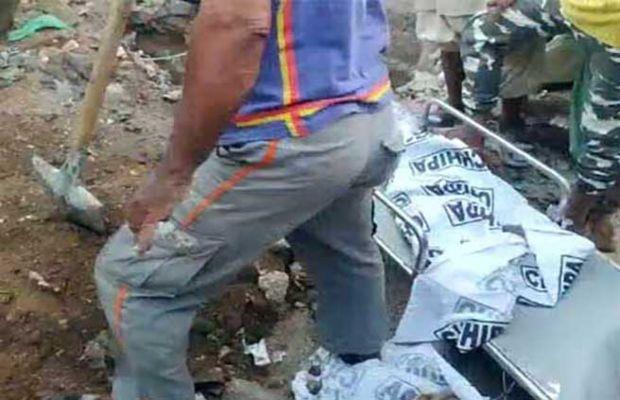 As reported, Human skeletal remains were unearthed by labours while digging a plot in Karachi’s Moach Goth area on Tuesday.

Human skeletons were recovered during excavation outside the factory near Baldia Town Sparko Road.

According to the police, the bones belong to three skeletons and could be 6 to 7 years old.

According to police officials, the management of the factory located on Sparko Road within the limits of Moach Goth police station was digging with the help of an excavator to put a shed for car parking. And during the digging, the skulls and bones of the human skeleton were recovered.

Upon receiving the information, the police rushed to the spot and seized the human remains.

The police confirmed that the skeletal remains were sent to Civil Hospital for identification.

According to sources, the bones appear to be 6 to 7 years old, from which the ages of the deceased can be estimated, but it is difficult to determine the cause of death.

Police officials said that all the bones have been collected, and their DNA test will be conducted to determine the sex, age, and cause of death.

According to SHO Inspector Chaudhry Shahid of Moach Goth police station, there is a cemetery at a short distance from the spot where these human remains were recovered.

It is also being speculated that there may be a cemetery at this place at some point.

Whether those graves have disappeared due to the construction of the road or in other construction, further investigations are being carried out.