The special flight of Pakistan International Airlines (PIA) to bring home bound Pakistani nationals has been departed from Malaysia. 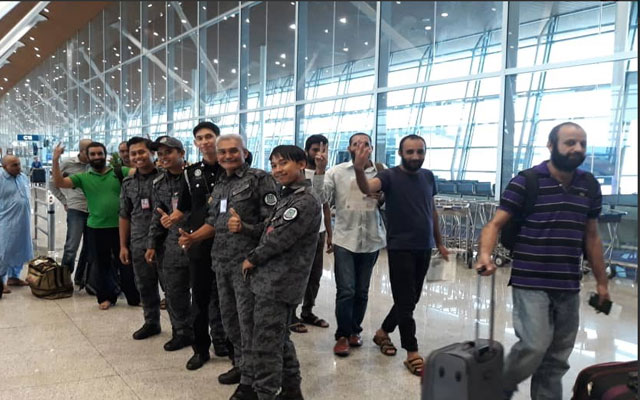 Pakistani prisoners released by the Malaysian government on completion of their jail terms are likely to return home today.

According to the Ministry of Overseas Pakistanis and Human Resource Development, the special flight of Pakistan International Airlines (PIA) to bring home bound Pakistani nationals has been departed from Malaysia.

The freed Pakistani nationals will be landing at Islamabad International Airport on Wednesday night and be given a warm welcome on behalf of the government, Zulfikar Bukhari told on Tuesday.

He said the government had provided them legal and financial assistance for their repatriation, regretting that the detainees were stranded earlier in Malaysia as they were not in a position to afford their return.

Earlier, Prime Minister Imran Khan ordered the release of Rs40 million and Rs10 million fund from Bait-ul-Maal and Foreign Office to arrange a special flight to bring back the stranded Pakistanis.

The freed detainees would be able to celebrate Eid-ul-Fitr with their families due to timely action of the premiere.

The families of freed prisoners had already informed by the government officials about their return.