The bus was carrying Asian and Arab expat pilgrims 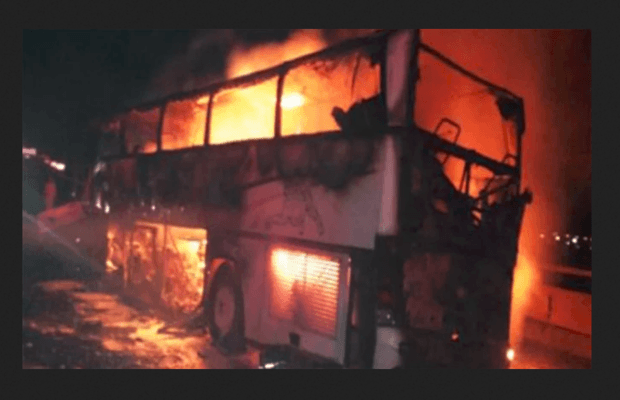 Thirty-five expat pilgrims have been killed in a traffic accident in Saudi Arabia after a bus collided with another vehicle on Wednesday, According to the Saudi Press Agency.

The accident occurred on Hijra road, 170 km from Madinah, near the village of Al-Akhal around 7 pm local time, when the privately chartered bus carrying 39 passengers collided with a loader.

The injured were transferred to Al-Hamna Hospital. Reportedly, the Saudi Red Crescent Authority and other emergency services rushed to the accident scene to deal with the emergency.

According to the news agency, the bus was carrying Asian and Arab expat pilgrims.

tweet
Share on FacebookShare on TwitterShare on PinterestShare on Reddit
Saman SiddiquiOctober 17, 2019
the authorSaman Siddiqui
Saman Siddiqui, A freelance journalist with a Master’s Degree in Mass Communication and MS in Peace and Conflict Studies. Associated with the media industry since 2006. Experience in various capacities including Program Host, Researcher, News Producer, Documentary Making, Voice Over, Content Writing Copy Editing, and Blogging, and currently associated with OyeYeah since 2018, working as an Editor.
All posts bySaman Siddiqui