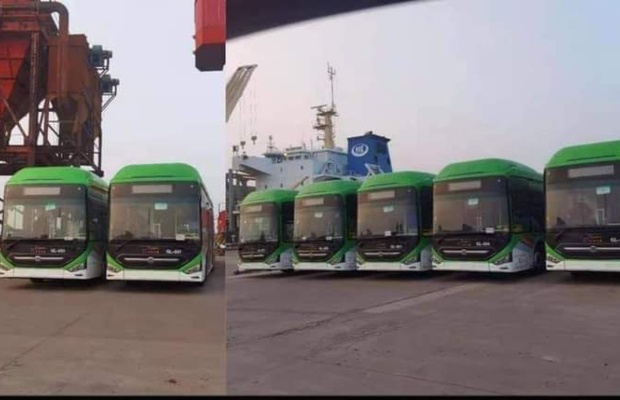 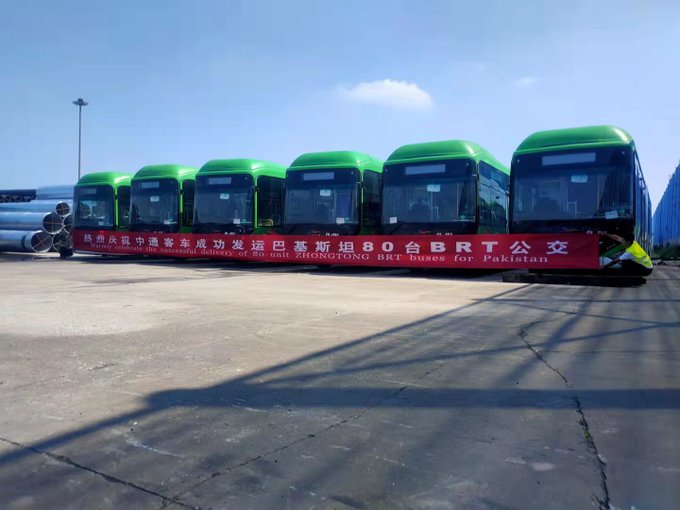 Another consignment of 40 buses is reported to be arriving in Pakistan from China in the first week of October.

Federal Minister for Planning and Development and Special Initiatives Asad Umar earlier announced that the Green Line Bus service would become operational in November this year.

According to the federal minister, that the Green Line was the first state-of-the-art project, which was being introduced to the city with a 20.5-kilometer-long corridor.

He said that the construction of 22 bus stations had been completed while a command and control centre was being established.

The project had been started back in 2016 by former prime minister Nawaz Sharif, remained incomplete due to various reasons.

The transport project for Karachi was initially aimed to be completed within a year is expected to be inaugurated this year in November.

GreenLine BRT project is a 24 km long route that includes 12.7 km elevated, 10.9 km at grade, and 422 meters underground, and consists of 25 stations.

The phase-II common corridor, from Gurumandir up to Municipal Park with a length of 2.5 km, has two underpasses at M.A. Jinnah Road.

The state-of-art underground bus terminal with a parking facility and the commercial mezzanine floor was also being constructed at Numaish.

The construction work on Phase-I commenced in 2016.