After the cases of coronavirus were confirmed in the country, the price of surgical masks increased rapidly in Karachi earlier this week. 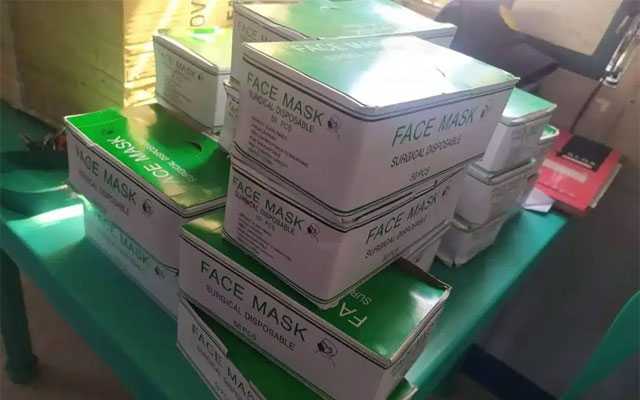 In a major crackdown against hoarders on the Supreme Court’s orders, Sindh Rangers carried out a raid in Gulshan-e-Iqbal area, Karachi on Saturday and recovered more than 70,000 surgical masks.

After the cases of coronavirus were confirmed in the country, the price of surgical masks increased rapidly in Karachi earlier this week.

According to reports, masks had either disappeared from medical stores in the metropolis or were being sold at excessive prices across the city.

Sindh Rangers have also carried out an operation in Block 2 of the PECHS society. However, the masks were recovered from Block 13-D of Gulshan-e-Iqbal area, a suspect, identified as Muhammad Usman, was also arrested in the raid.

A spokesperson for Sindh Rangers told the press that 200 transfusion drips were also recovered during the raid. A shopkeeper was also arrested from the Water Pump square of the city.

“He was selling the masks at Rs1, 650 each,” the spokesperson said.

The Sindh High Court (SHC) on Friday ordered the federal and provincial governments to submit a report to court regarding the overpriced sale of  masks meant to protect against the coronavirus to citizens in Karachi.