This picture was recently taken from the International Space Station by Japanese astronaut. 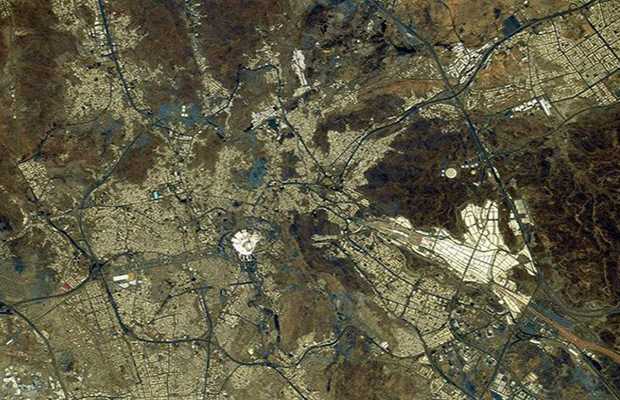 A picture of Makkah taken from space has gone viral on social media!

The image also shows a gleaming view of the Grand Mosque. It was shared by a Japanese astronaut from the International Space Station.

This picture was recently taken from the International Space Station by Japanese astronaut Soichi Noguchi.

The Japanese astronaut has titled the picture ‘Holy #Mecca #Saudi Arabia’,  which shows the buildings, highways, and historical mountains of the city.

While, in the middle of the picture, the bright shining milky view of the Masjid al-Haram looks very attractive. The area around Mina’s tent and Jamrat can also be seen in the image.

The Japanese astronauts returned home from the space station on April 24. They were accompanied by ten other astronauts. They had conducted various experiments on the International Space Station for six months.

People are enjoying the view of the holy city from space on social media.

Japanese astronaut "Sôichi Noguchi" publishes a wonderful image from space of #Makkah that he took while on board the International Space Station. pic.twitter.com/s7nBLs8yEs

Yes, here, Saudi Arabia, here, Mecca, here, the landing point of revelation, here, is the destination of the world https://t.co/8g4ni5zDaQ