Abid Sher Ali lashes out at Miftah Ismail, his own party man 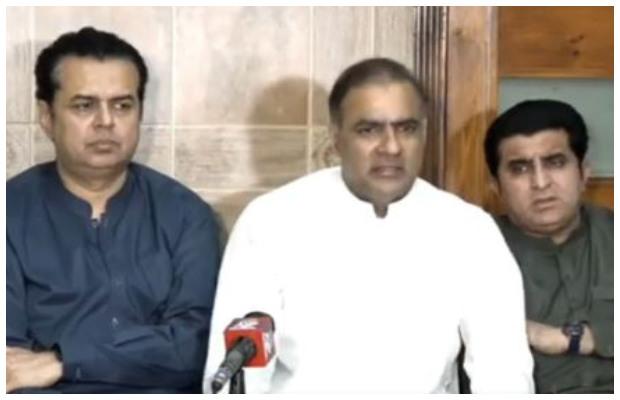 PML-N leader Abid Sher Ali on Thursday lashed out at his own party man, Finance Minister Miftah Ismail, for increasing the power tariffs, at a presser on Wednesday.

He criticised Finance Minister Miftah Ismail for his “anti-people” policies.

Abid Sher Ali, while addressing a news conference alongside Talal Chaudhry, said: “We are disappointed by Miftah’s statement. In Nawaz Sharif’s era, people faced 18 hours of load shedding but the party supremo ended the misery despite pressure from the International Monetary Fund (IMF).”

“But still he had not allowed the electricity tariffs to increase,” he added.

“Nawaz Sharif never compromised on the issues of the masses. He never threw electricity bombs at them,” he maintained.

“When I hear Miftah Ismail sahib today, I feel sad when he says that increasing prices are okay. It is not okay. When people who earn Rs20,000 have to pay bills of Rs30,000, they hate you,” he claimed.

You do not understand what Abid Sher Ali is saying pic.twitter.com/3Qw8ZToSsT

On the other hand, the Election Commission of Pakistan (ECP) has served a notice to ML-N leader Abid Sher Ali, who is the party’s candidate for by-polls in the NA-108, Faisalabad.

The notice issued by the district monitoring officer on Thursday stated that Abid Sher Ali has been making announcements in the mosques of the constituency about the removal of fuel price adjustment (FPA) in the electricity bills by the federal government.

tweet
Share on FacebookShare on TwitterShare on PinterestShare on Reddit
Saman SiddiquiAugust 26, 2022
the authorSaman Siddiqui
Saman Siddiqui, A freelance journalist with a Master’s Degree in Mass Communication and MS in Peace and Conflict Studies. Associated with the media industry since 2006. Experience in various capacities including Program Host, Researcher, News Producer, Documentary Making, Voice Over, Content Writing Copy Editing, and Blogging, and currently associated with OyeYeah since 2018, working as an Editor.
All posts bySaman Siddiqui