ACCA has also confirmed that it will be holding a number of seminars to discuss its budget proposals engaging the country’s top business leaders and policymakers. 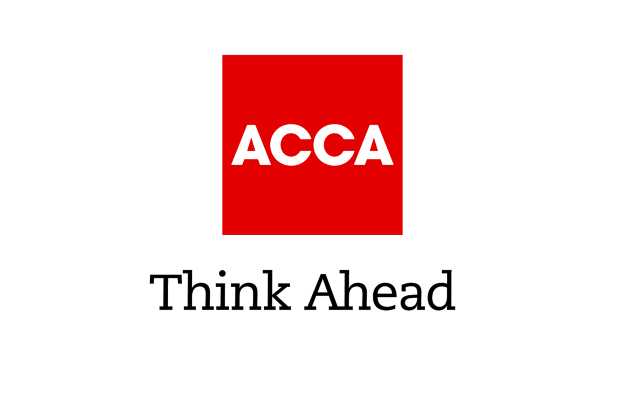 In the budget proposals released today by ACCA (the Association of Chartered Certified Accountants), the global body for professional accountants has urged the government to reduce tax rates to a single digit and ensure broadening of the tax net by adopting Data Analytics and Artificial Intelligence leveraging rich data sources at government’s disposal such as NADRA.

The proposals also talk about the importance of moving away from indirect taxes and calls for rationalisation, standardisation and automation of tax laws & administration to minimise harassment of taxpayers.

The suggested structural reforms include harmonisation of federal and provincial tax laws, issuance of a single tax return, reduction in the discretionary powers of tax authorities, predicating appraisals of FBR functionaries on growth of business sectors under jurisdiction to instill a mindset of using tax as a means for GDP growth, incentivising tax payers to promote a tax culture, and establishing an independent appellate forum at Commissioner Appeals level.

The proposals also hope for the government to have a long-term strategy for import substitution, call for more incentives to local industry and favours heavy duties on non-essential imports and luxury items. Tax benefits to businesses pioneering UN’s SDGs have been recommended.

The negative growth in sectors such as mining and quarrying (-6.49%) and electric generation (-22.96%) is also highlighted for the government to take immediate action.

It’s stated that agriculture (recently growing at 2.77%) has the potential to reach up to 55% of the GDP from the current levels of around 24%. For this to happen, there’s a need for large landowners to be taxed at minimal rates, i.e. 7%. The revenue generated through this should be used to subsidise seeds, fertiliser, water, electricity, fuel, etc. for the small farmers. The use of the latest, sustainable farming technology and easy access to cheap or interest-free loans should be ensured.

Proper legislation and rationalisation can help improve the situation for mining and can also result in attracting FDI. Focus on bringing down line losses, improving energy mix with a clear plan for transition to renewables, as well as revising the existing costly agreements, can help reduce the negative trend for the electricity generation.

The document lauds government’s interventions such as Roshan Digital Account and incentives to the construction sector and mega-projects such as Ravi Riverfront and calls for their continuation and further enhancements.

The global body has shown concern about the growing unemployment (11.56%) among the youth aged 20-24 and urges the government to make youth employment one of the focus areas with considerable spending in the budget 2021-22. Further innovations in the Kamyab Jawan programme and the introduction of new skills development and entrepreneurship support programmes with focus on emerging technologies should be government’s priority. Significant increase in education budget with new programmes by provinces to support girls’ education, as well as adequate spending towards health and communications infrastructure, has been termed the ‘need of the hour’ by the global body. ‘Facilitation of high broadband penetration is critical for the future-fitness of our education sector and public services delivery,’ said ACCA.

A segmented approach in programmes such as Ehsas to ensure benefits reach the most marginalised segments of community across the country should be adopted for inclusive growth. Close collaboration with the IT/ITeS sector is needed, and the sector should be offered tax rebates to facilitate its expansion. Similar to CPEC, it’s believed that there’s a potential for something like ‘China-Pakistan Technology Zone’ to connect our innovation value chain with economies in the region.

It’s also pointed out that the past outstanding refunds have only been cleared partially. It’s important to strengthen the trust of the taxpayer as well as provide liquidity to businesses, especially at a time when businesses are recovering from the effects of the pandemic.

It’s reiterated that government needs to ensure openness and transparency to foster trust and cultivate a healthy tax culture in the country.

ACCA has also confirmed that it will be holding a number of seminars to discuss its budget proposals engaging the country’s top business leaders and policymakers.