Spacey, who is 59, was charged in January with indecent assault and battery. 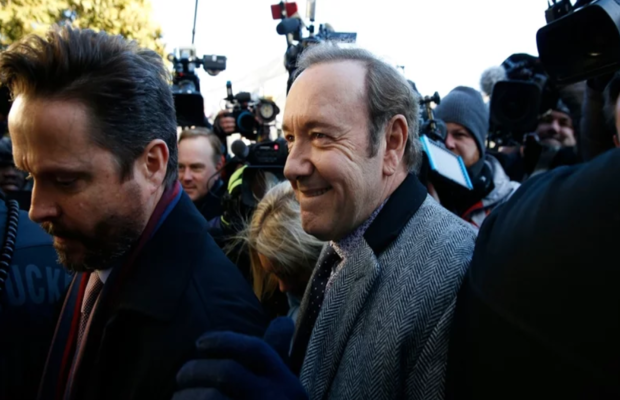 The former Massachusetts busboy, who accused Kevin Spacey of sexual assault, has dropped the lawsuit filled about a week back.

The man had claimed Kevin Spacey first got him drunk and then reached into his pants to grope him at a Club in July 2016 where he worked as a busboy. The man also claimed that he was 18 at the time.

Reportedly, motion for “voluntary dismissal” of the civil complaint against the former “House of Cards” star was filed in Superior Court in Nantucket, Massachusetts, with no reason given.

A hearing on the criminal charges against Kevin Spacey is set for Monday in the District Court in Nantucket, the posh island community where the alleged aggression took place in July 2016.

This was not the only sexual assault lawsuit filed against the two-time Oscar winner.

He has been charged in more than a dozen to emerge since 2017, in both the United States and Britain, which resulted in a devastating effect on his acting career.

He was dropped from the cast of the popular “House of Cards” series and also from a leading role in director Ridley Scott’s “All the Money in the World”; Christopher Plummer was brought in as a last-second replacement.

While the cases are still pending, the actor has already denied all the allegations against him.

tweet
Share on FacebookShare on TwitterShare on PinterestShare on Reddit
Saman SiddiquiJuly 6, 2019
the authorSaman Siddiqui
Saman Siddiqui, A freelance journalist with a Master’s Degree in Mass Communication and MS in Peace and Conflict Studies. Associated with the media industry since 2006. Experience in various capacities including Program Host, Researcher, News Producer, Documentary Making, Voice Over, Content Writing Copy Editing, and Blogging, and currently associated with OyeYeah since 2018, working as an Editor.
All posts bySaman Siddiqui