Lets see if an investigation is conducted into the issue 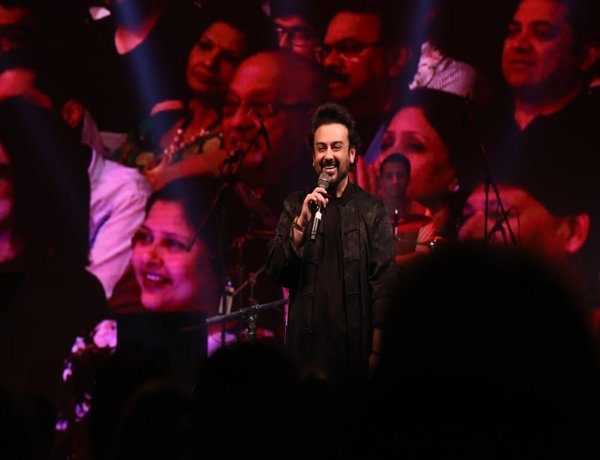 It’s been more than 18 years, Pakistani born singer and music composer Adnan Sami settled in India and applied for Indian passport. Sami acquired Indian nationality in 2015 and has been an Indian patriot.

Recently Adnan was on a visit to Kuwait for a live performance and claims to be mistreated at the airport during the journey. According to Adnan, his staff was called by names of Indian Dogs at the Kuwait airport immigration.

Furious Adnan Sami later tweeted about the issue to be noticed by Indian External Affairs Minister Sushma Swaraj. For which Adnan tagged Indian embassy in Kuwait, and successfully got the response from the concerned person.

The Kabhi to Nazar Milao singer wrote,” We came 2 ur city wt luv & our Indian brethren embraced us with it. U gave no support. Kuwaiti airport immigration mistreated my staff 4 no reason & called thm ‘Indian Dogs’! Wn u wr contacted u did nothing!! How dare d Kuwaitis behave like this with arrogance?!”

To raise his issue, Sami, also tagged Union Home Affairs Minister Rajnath Singh and Sushma Swaraj. Sushma Sawarj had asked Sami to call her over on phone but the reply is not available on Twitter any more.

It seems Adnan Sami was over the moon after getting a prompt response. Here is what Adnan Sami wrote in his reply, “Thank you so much for your concern my dear. @SushmaSwaraj is a lady full of heart & she is in touch with me & is looking after our people.. I’m so proud that she is our foreign minister & looks after us all over the world.

Let’s see if an inquiry is conducted over this matter and what action is taken by Indian foreign ministry. Here is Adnan Sami’s statement from last year when he talked to media about acquiring Indian Nationality. “My Pakistani passport was due for renewal but for some reason or the other, the process was being delayed. I became stateless for some time. Then, the Indian authorities gave me a Permanent Residence Permit and eventually, I decided to apply for Indian citizenship too. And as you know, I had to denounce my Pakistani citizenship for that”.

tweet
Share on FacebookShare on TwitterShare on PinterestShare on Reddit
Saman SiddiquiMay 11, 2018
the authorSaman Siddiqui
Saman Siddiqui, A freelance journalist with a Master’s Degree in Mass Communication and MS in Peace and Conflict Studies. Associated with the media industry since 2006. Experience in various capacities including Program Host, Researcher, News Producer, Documentary Making, Voice Over, Content Writing Copy Editing, and Blogging, and currently associated with OyeYeah since 2018, working as an Editor.
All posts bySaman Siddiqui