Zaki Anwari, Afghan U-19 footballer among who died felling off US C-17 aircraft 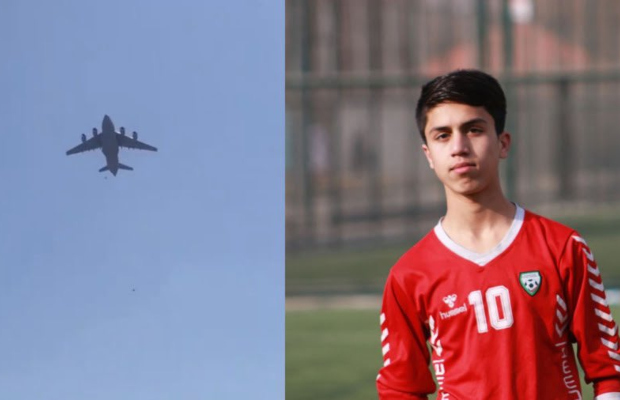 A member of Afghanistan’s junior under-19 football team, Zaki Ansari, was among those who fell to their deaths from the outside of a military aircraft as it took off from Kabul Airport on August 16.


As per the reports, the young Afghan footballer was among a number of people who died after either falling from a US military aircraft as it left Kabul airport it emerges on Thursday.

Zaki Anwari, a young footballer, died on Monday after falling from a US military aircraft, a Facebook page about the Afghan national football team announced on August 18, 2021.

The news was confirmed by the Sports Directorate the next day.

“Anwari was amongst the hundreds of young Afghans who wanted to leave the country and died in an accident falling from the American military plane,” read the post from the Afghan General Directorate of Physical Education & Sports.

News of Anzari’s death comes as the US Air Force is investigating after human remains were found in the wheel well of one of its C-17 planes that departed from Kabul.

A number of videos emerged on social media earlier this week showing people sitting on the landing gear flap of a plane taxiing for takeoff as people run alongside the aircraft.

Several videos circulating showed people falling from the US military C-17 aircraft that had taken off from Kabul airport.

Later, local reports said that several bodies had been found in locations east of the airport.