The footballers will stay in Pakistan for a month 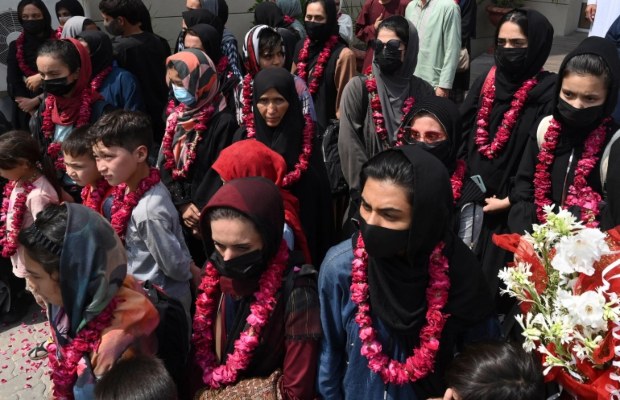 Afghanistan women’s football team reaches Lahore on Wednesday, after arriving in Pakistan with families and coaches,

A 79-member contingent comprising of Afghan female footballers who played for under-14, under-16, and under-18 teams, their families and coaches arrived in Pakistan through Torkham on Tuesday.

The footballers will stay in Pakistan for a month and are ultimately expected to travel on to Qatar’s capital, Doha, reports said. As being reported, Pakistan granted temporary visas to 32 Afghan female footballers and their families — a group of 115 people as the team requested Pakistan’s PM Khan for urgent help following uncertainty over the status of women sports in Afghanistan lingers after the Taliban take over the country.

“We welcome Afghanistan Women football team they arrived at Torkham Border from Afghanistan. The players were in possession of valid Afghanistan Passport, Pakistan visa and were received by Nouman Nadeem of PFF (Pakistan Football Federation),” said Federal Information Minister Fawad Chaudhry, in a tweet on Wednesday, providing no further details.

We welcome Afghanistan Women football team they arrived at Torkham Border from Afghanistan,The players were in possession of valid Afg Passport, pak visa, They were received by Nouman Nadeem of PFF