Umer Sharif would be shifted to George Washington University Hospital for medical treatment. 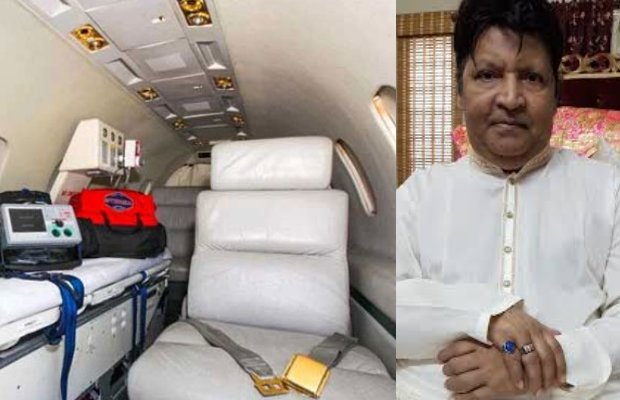 According to the schedule of the flight provided by the air ambulance company, the flight will land at the Washington airport at 4:30 pm (US local time).

Umer Sharif will be taken to the airport from Karachi’s private hospital at 4:00 am on September 27 as the air ambulance flight would leave for Washington at 5:30 am.

Upon arrival in Washington, Umer Sharif will be shifted to George Washington University Hospital for medical treatment.

As being reported, the flight will make three stopovers at Nuremberg in Germany for changing the air ambulance, at Keflavik -Iceland- for refueling, and a short stay for two hours at Gawas Bay in Canada.

The air ambulance has already been permitted by Pakistan’s Civil Aviation Authority to land at the Karachi airport in a notification issued by its air transport wing.

As reported earlier, the veteran comedian’s family members will not travel with him in the air ambulance.

His son Jawad Umer said that he, along with his brother Shehzad Umer, and Umer Sharif’s wife Deeba Umer, will leave for the US on Monday.