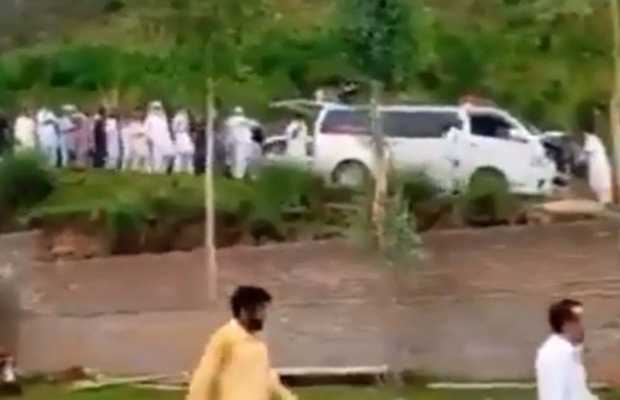 At least two PTI workers were killed in a clash with PPP activists at a polling station in the Kotli district of Azad Jammu and Kashmir.

Several people were reportedly injured in clashes and a number of political activists were also detained by the police, according to reports.

Polling for 45 seats of the Azad Jammu and Kashmir Legislative Assembly elections is underway on Sunday, however, violence mars AJK elections.

As being reported  PPP and PTI supporters were engaged in firing at each other in LA 12 that resulted in the killing of result two PTI supporters while others sustained injuries.

According to police, two PTI activists were shot dead by unidentified persons at a polling station in the jurisdiction of Naarr police station in Charhoi, Kotli.

The victims have been identified as 40-year-old Zaheer Ahmed and 50-year-old Ramzan.

Meanwhile, the polling process was suspended as two workers were injured in a clash between PTI and PPP workers at constituency LA-15, Central Bagh Polling Station No 86.

In a separate incident, five police constables were injured after Jamaat-e-Islami (JI) activists attacked them with batons at the Dhal Chakhya polling station in AJK’s LA-32 constituency, Jhelum valley district according to SP Riaz Mughal.

While the election scheduled for 8 reserved seats will be announced after the general elections.