Al-Aqsa mosque to reopen to worshippers after Eid holidays 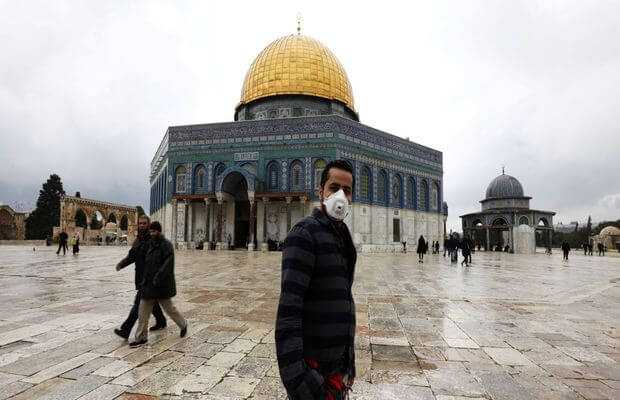 Al-Aqsa mosque in Jerusalem will reopen to worshippers after the Eid holidays, two months after closing due to the coronavirus.

The announcement comes in a statement from the mosque’s governing body said Tuesday,

“The council decided to lift the suspension on worshippers entering the blessed Al-Aqsa Mosque after the Eid al-Fitr holiday”, says the statement from the Waqf organization.

It was the first time in more than 50 years that Islam’s third holiest site known to Muslims as the Haram al-Sharif, was closed in late March, like other holy sites being closed down across the globe as part of measures to stem the spread of the COVID-19.

The mosque’s director, Omar al-Kiswani, told AFP that he hoped for no restrictions on the number of worshippers but said the governing body would announce the exact “mechanisms and measures later.”

He further added that the details would be worked out to “ensure we are not subjected to criticism on the pretext we have broken health rules.”

The mosque compound, which lies in Jerusalem’s Old City, is under the custodianship of neighbouring Jordan which controlled the West Bank, including East Jerusalem, up until its occupation by Israel in the Six-Day War of 1967.

The site is also holy to Jews, who refer to it as the Temple Mount. The Western Wall is one of the outer walls of the Al-Aqsa mosque compound and is the site at which Jews are permitted to pray.

The Western Wall was closed by Israeli authorities earlier in March but reopened earlier this month. Only 300 people allowed at a time to worship.

This comes as the number of COVID-19 cases declines in recent days both Israel and the Palestinian territories decided to ease down restrictions.