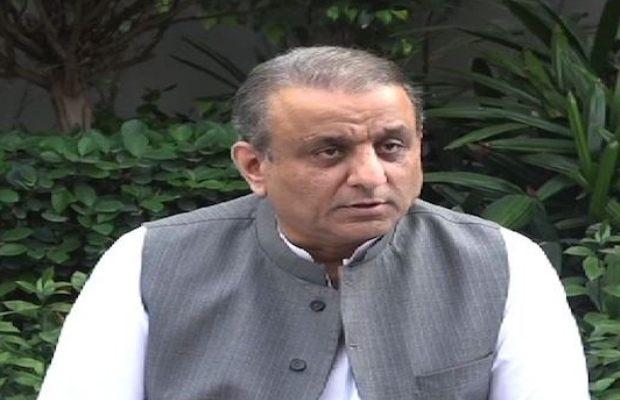 Aleem, who is a former senior provincial minister, lashed out at the former government and PTI leader for calling him a traitor.

He said it was “unfortunate” that they were resorting to maligning him.

“I have become a traitor, tell Cheema and Salik they are also traitors, they have taken the money. I have had a very difficult time from 2010 to 2018 (when PML-N was in power),” he said.

“I was served four notices by the National Accountability Bureau (NAB) within 15 days after I became an MPA,” he said.

Aleem said that the prime minister should have instead said that, “he doesn’t want to appoint” him (Buzdar).

“On my last visit [to the NAB office], I was with the director-general and we both saw the news that Usman Buzdar had been nominated for the chief minister’s post,” he added.

“If you wanted to appoint Buzdar [as Punjab chief minister] why do you have to call me before NAB.”

Aleem said he proceeded to plead with the DG to “spare” him now as the CM has been decided now.

“As the news of replacing Buzdar came out, I was once again got the notice in February and was jailed for 100 days,” he said.

Addressing a press conference in his hometown of Lahore, Aleem called out Pakistan Tehreek-e-Insaf (PTI) chairman and incumbent interim Prime Minister Imran Khan for propagating a false image of a ‘New Pakistan’.

He was furious at Prime Minister Imran Khan for “compromising” on five seats in the provincial parliament, emphasizing that this was the point where the ruling party’s “ideology was compromised”.

Aleem Khan gave up his position in the provincial cabinet after spending much of his time in office frustratingly trying to win over Prime Minister Imran Khan’s favour and nominate him for the post of Punjab Chief Minister.

However, he failed to convince PM Imran to appoint him ahead of Usman Buzdar.

Aleem Khan also lashed out at Usman Buzdar; adding that because of Buzdar, the party image has been spoiled. He alleged that in Buzdar’s regime, DC has been hired for Rs30 million each.

Aleem says that the transfer did not happen at CM Secretariat without money;

Aleem questioned Imran Khan that if Buzdar was to be made Punjab CM, then why he was sent to the NAB office.

At the aggressive press conference, Aleem alleged that Farah is involved in transfer posting.

The former minister said Farah Bibi, a close aide of PM Imran Khan’s wife Bushra Bibi, has left for Dubai and she was involved in taking “a lot of bribes”.

Aleem questioned how Farah used to recognize that when the bureaucrats will be caught, then everything will be surfaced.

“Farah was involved in transfers and postings of bureaucrats in Punjab, but now she and her husband have absconded to Dubai, however, once such bureaucrats are arrested, everything will come to light, including where Farah transferred the money, alleged Aleem Khan.

“I do not want to mention anything else about Imran Khan’s family,” he said.

PTI’s disgruntled member of the Punjab Assembly questioned Imran Khan about whether it was treacherous that he “met a US ambassador” at the premier’s residence.

Aleem Khan revealed that the US official who sent the threat letter was Assistant Secretary of State for the South and Central Asian Affairs Donald Lu.