ALL'S FAIR IN LOVE AND WAR and now in Politics as well! 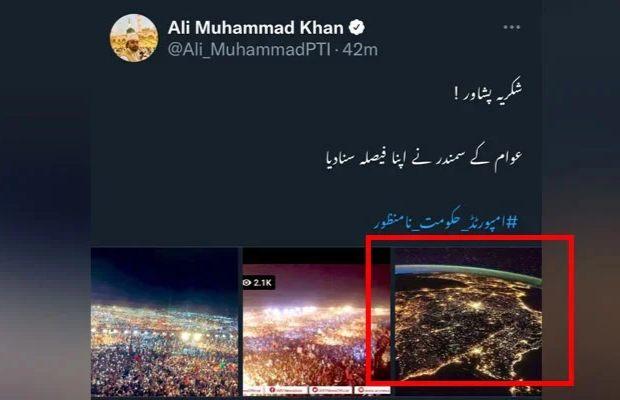 The phrase from Frank E. Smedley1850’s novel Frank Fairleigh”, “ALL’S FAIR IN LOVE AND WAR needs to get rephrased in the present times.

All is fair in politics too.

The recent Imran Khan’s jalsa held in Peshawar gathered lots of attention being his first after being ousted as the Prime Minister of the country.

Imran Khan became the first prime minister in the country’s history to be ousted by a No-Confidence vote.

How many people were present at the Peshawar Jalsa? we have different figures from different sources.

However, PTI leader Ali Mohammad Khan took it to another level.

He shared a photo on in a tweet claiming that the crowd illuminating the Peshawar Jalsa could be seen from outer space.

Though the tweet shared by the PTI leader on April 14 has been taken down, the internet never forgets! In reality, the image used in Ali Mohammad’s tweet actually shows the lights in the Iberian Peninsula, which falls in Spain and Portugal, though it was shared by NASA. It was taken International Space Station about eight years ago.

“One of the Expedition 40 crew members aboard the International Space Station recorded this early evening photo of the entire Iberian Peninsula on July 26, 2014,” the NASA post read. 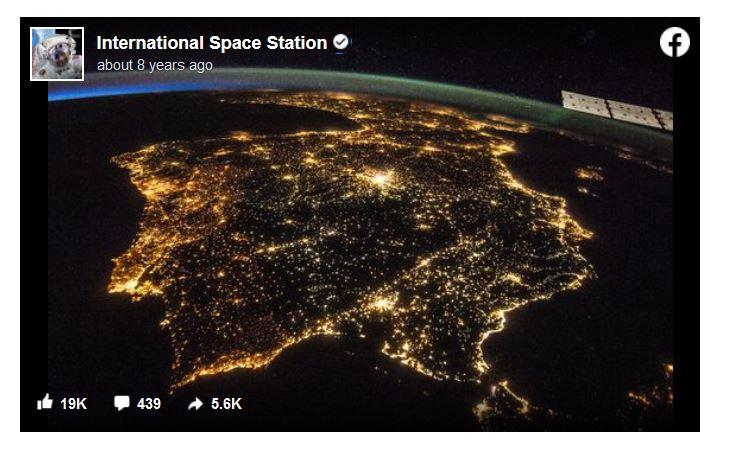 And here is how some smart netizens reacted to the misleading facts shared by the PTI leader.