“I am going to speak the truth. There is no force on this earth that can stop me anymore", says Ali making shocking revelations. 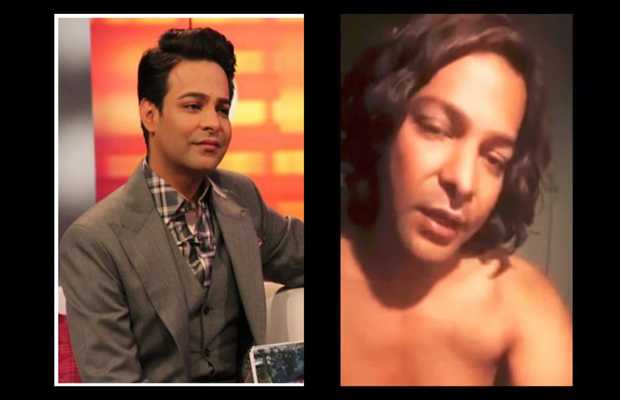 Ali Saleem, famous for portraying drag character as Begum Nawazish Ali has sparked a fresh batch of controversies. As reported earlier this year, everyone has been waiting for Ali’s comeback in the same avatar for a web series.

But he has rather made an early entry with a controversial video message after being away from the limelight.  Being an artist, Ali Saleem has been associated with many controversies which never got sorted out.

This time he has shared an alleged video message which is doing rounds on social media, in his video message he accuses armed forces of being involved in drugs and being sexually harassed. Ali Saleem took to Facebook with a shocking set of allegations in a live video and later the video started to emerge on various social media.

“I am going to speak the truth. There is no force on this earth that can stop me anymore. I am on fire,”, Ali Saleem starts the message saying these words. And claiming as it is the month of Ramadan he will speak only the truth.

“Since I am a crossdresser and a little effeminate, they have tried to make me a pimp. They thought that I would provide them with girls. They exploit Pakistani girls, I have messages to show for evidence,” revealed Ali accusing the army.

Not just that he also appealed to the Chief Justice to invite him to the Supreme Court under full protection so he can reveal every detail, along with the evidence.

He went on accusing the director Nadeem Baig of sexually exploiting him and said he sexually exploited him when they were in Mumbai even though he thought that the two of them were good friends.

Not just that, he shared about being molested at the age of 8 by an army soldier. He has put himself available for any investigation.

This is not the first time that he ended himself into any controversy, it was last year when Ali Saleem was arrested in drunk condition. This time in his video message he kept swearing in that he is not under the influence of any drug nor he is drunk.

This naked transgender, suffering from IDENTITY CRISIS, needs to clarify his own position first.👎

I hope the evidence that he's claiming to have is not HIMSELF & other rabid creatures hurling filth at ISI all the time! 😂

Begum Nawazish Ali/Ali Saleem was molested at at the age of 8 by the Pakistani army soldier. He talks about everything he has seen the Pakistan Army amd the ISI indulge in; from pimping, prostitution to drugs and what not https://t.co/3tU3ttoKB3

@Haqeeqat_TV Another fitna is on board with dissidents with the name of Ali Saleem ( Begum Nawazash). Needs to be exposed for his background in this case. May be responded by compiling certain facts n figures. it's important!