Ali Wazir gets bail in fourth sedition case registered against him

The lawmaker from South Waziristan has already been granted bail in the other three cases. 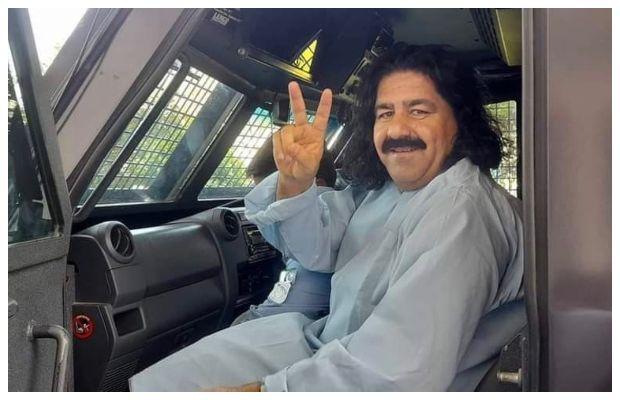 Ali Wazir gets bail in the fourth sedition case!

Karachi’s Anti-terrorism court (ATC) directed the applicant to submit a surety of Rs100,000 to secure his release.

As reported, during Tuesday’s hearing at the judicial complex in Karachi Central Jail, the ATC-XII judge announced the verdict on MNA from South Waziristan’s bail plea after hearing arguments from the defense and prosecution.

His lawyer Abdul Qadir Khan appearing before the said that his client’s release order could not be issued on Tuesday as he was yet to furnish sureties in all the cases.

Pashtun Tahaffuz Movement (PTM) leader and MNA Ali Wazir has been behind bars since December 31, 2020.

He was arrested over charges of allegedly delivering provocative speeches inciting hate against the state institutions and treason.

The lawmaker has already been granted bail in the other three cases.

The cases have been registered against Wazir Ali under sections 147 (rioting), 149 (every member of unlawful assembly guilty of an offense committed in prosecution of common object), 500 (punishment for defamation), 505 (statement conducing to public mischief), and other sections of the Pakistan Penal Code (PPC) read with the Section 7 (Punishment for acts of terrorism) of the Anti-Terrorism Act, 1997.

The present case pertains to Wazir Ali, MNA Mohsin Dawar, and others for their speeches against state institutions at a public meeting in a flat within the jurisdiction of the Boat Basin police station in 2018.