After ‘Alif’, Umera Ahmed’s bestseller ‘Pir-e-Kamil’ is coming out in audio book form

The audio book is releasing on 15th of November, after fifteen years of the publication of Pir-e-Kamil novel. 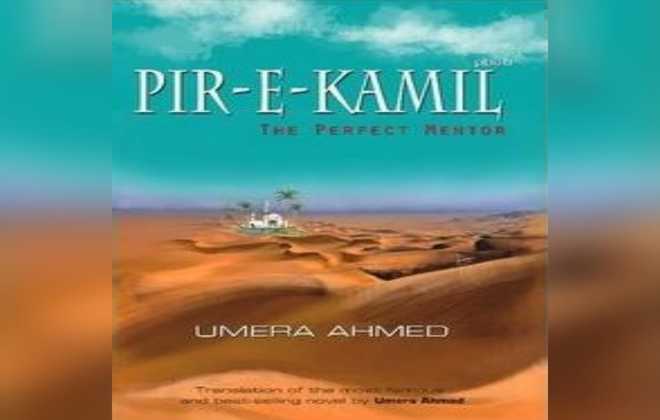 After getting the massive response for first ever Pakistani audio book Alif, Umera Ahmed’s best seller ‘Pir-e-Kamil’ is coming out in audio book form. The first book has generated an overwhelming response with more than 250 lacs views.

The audio book of Pir-e-Kamil will be exclusively available on uabooksonline.com and Umera Ahmed’s YouTube channel.

The audio book is releasing on 15th of November, after fifteen years of the publication of Pir-e-Kamil novel.

Written by Umera Ahmed, ‘Pir-e-Kamil’ meaning the Perfect Mentor, novel was first published in Urdu language in 2004 and later in 2001. The novel deals with the turning points in intervening lives of two people: a runaway girl named Imama Hashim; and a boy named Salar Sikander with an IQ of more than 150. The story spans a time period of around ten years. It is Ahmad’s most popular work. It is followed by a sequel Aab-e-Hayat.

While talking earlier with OY, Umera Ahmed quoted, “We have tried up with an experiment in Pakistan, as it is going to be the first ever of its kind in Pakistan. In rest of the world audio books are already famous”.

This is a major step towards digitally evolving publication industry in Pakistan, and for Pakistani literature also that audio books are now coming out. It is the most popular literary trend all around the globe that people listen to their favorite books, when they don’t have time to read.

“Keeping our fans and followers in mind who cannot read Urdu, we have come up with the idea of the audio book”, said Umera Ahmed.

Sharing advantages of audio books with OY, Umera added, “It is also to facilitate many of the readers like senior citizens and people with some special needs, like those who cannot hold a book or somehow cannot read. They can easily play and listen to audio book and enjoy the literature”.

tweet
Share on FacebookShare on TwitterShare on PinterestShare on Reddit
Saman SiddiquiNovember 13, 2018
the authorSaman Siddiqui
Saman Siddiqui, A freelance journalist with a Master’s Degree in Mass Communication and MS in Peace and Conflict Studies. Associated with the media industry since 2006. Experience in various capacities including Program Host, Researcher, News Producer, Documentary Making, Voice Over, Content Writing Copy Editing, and Blogging, and currently associated with OyeYeah since 2018, working as an Editor.
All posts bySaman Siddiqui