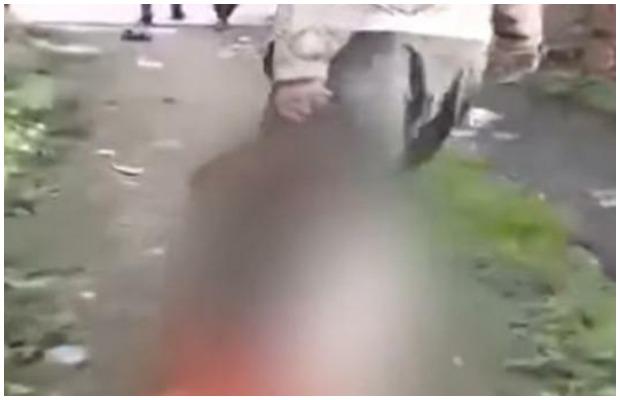 An elderly woman in Sialkot was tortured over a land dispute publically.

The disturbing video of the incident has gone viral over social media showing a man dragging an elderly woman in the street and another two ladies came forwarded beating the old woman.

Whoever made that video shared it on social media drawing the ire of netizens for another beating incident in Sialkot.

On the other hand, Chief Minister of Punjab Usman Buzdar has taken notice of the indent and ordered an inquiry into the matter.

In the latest, the Sialkot police have arrested 4 women and 1 man accused of torturing an elderly woman and assured that the rest of the accused will be arrested soon.

Later in the day,  Sialkot Police updated that they have arrested four more accused of brutally torturing an elderly woman.

A police team under the supervision of DPO Sialkot has raided various places and arrested the accused.