It is expected that Bhootani will announce his support for PPP. 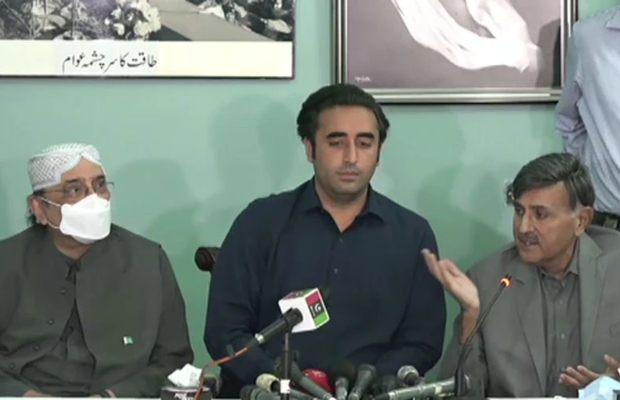 Another wicket down for PTI as MNA Aslam Bhootani quits the ruling coalition to join the opposition!

Aslam Bhootani announced his decision while addressing a press conference.

“It is no debate that the government was good or bad. I have not put forward any demand before PPP chairman Asif Ali Zardari. I do not want to be beaten by putting demand before him,” he said.

Aslam Bhootani was elected independent MNA from NA-272 (Lesbela-cum-Gwadar) by receiving 68,804 votes in the 2018 general elections.

It was reported earlier in the day that Muhammad Aslam Bhootani had a meeting with PPP co-chairman Asif Ali Zardari ahead of the crucial vote on a no-confidence motion against Prime Minister Imran Khan.

Bhootani talking to the media said that he will decide about his political future keeping in view recent political developments.

He also said that he had a three to four decades old relationship with PPP Co-Chairman Asif Ali Zardari.