Anwar Mansoor Khan has resigned as the Attorney General of Pakistan on Thursday.

As being reported this development comes after the Pakistan Bar Council demanded Khan’s resignation following his contemptuous comments regarding a full-court bench hearing Justice Qazi Faez Isa’s case against the presidential reference.

His resignation letter has been submitted to President Arif Alvi.

In the resignation letter Khan stated: “I note with profound regret that the Pakistan Bar Council, of which I am the Chairman, has demanded through its press release dated 19th of February 2020 that I resign forthwith from the Office of the Attorney General of Pakistan.

Being a life member of Karachi Bar Association, Sindh Bar Association and the Supreme Court Bar Association, and having previously served as the Advocate General Sindh, the Attorney General for Pakistan and a judge of the High Court of Sindh, I stand with my brothers and colleagues at the Bar and I wish to reaffirm my faith in the highest principles of integrity and professional excellence that the Pakistan Bar Council has always stood for.

Accordingly, I hereby resign from the position of the Attorney General for Pakistan and request to accept it with immediate effect”. 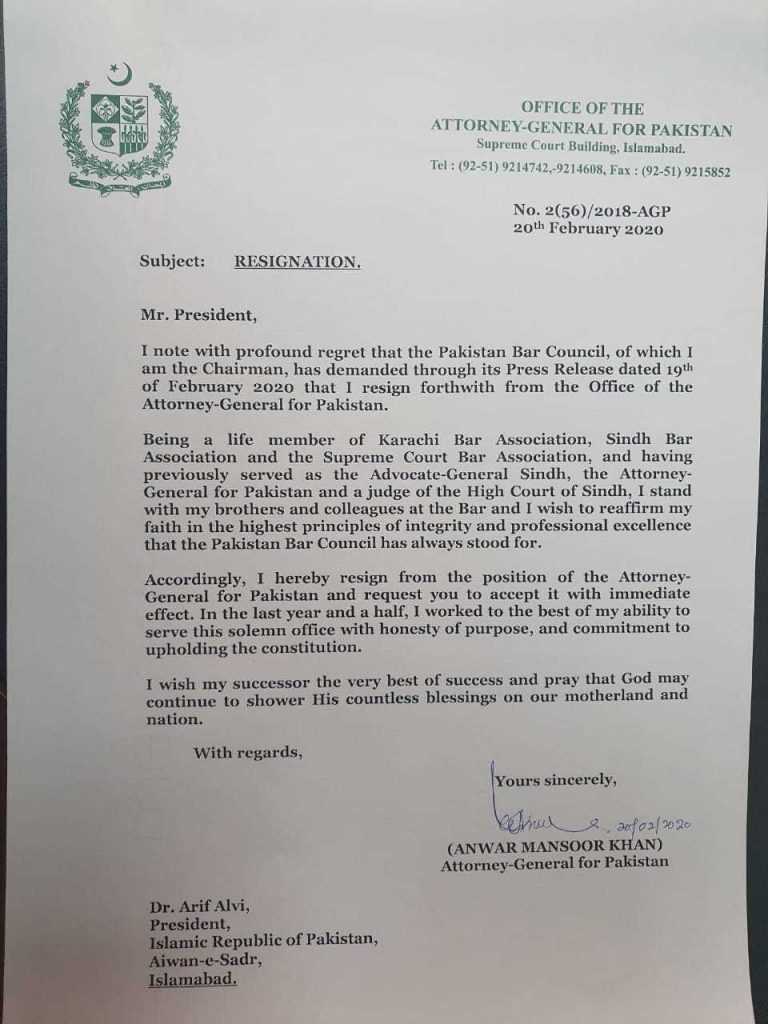