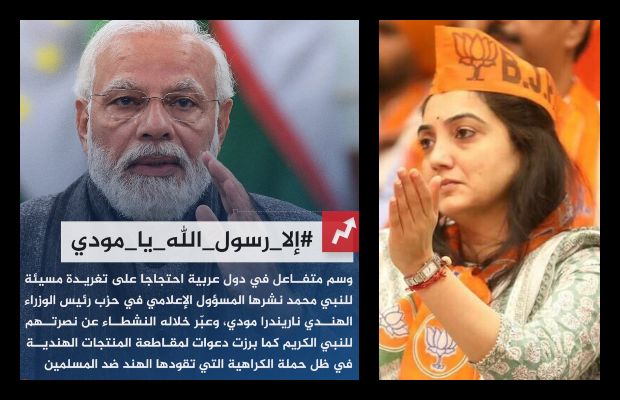 Arabs denounced Modi for blasphemous remarks made towards Prophet Muhammad (PBUH) by members of his party!

The outrage started after BJP politician and close aide of Indian PM Modi insulted Prophet Muhammad (PBUH) during a live news show and a video clip of the episode went viral on social media.

As reported, the ruling BJP was forced to retreat only after Arab countries called for a boycott of Indian products in the Middle East.

The Twitter trend against Indian PM Modi has been trending on top in Saudia Arabia and other Arab countries for the last 36 hours.

Huzur e Pak is our honour and pride. When Narendra Modi’s closest aides and spokespersons use the most humiliating terms for him with impunity, the intent is to humiliate the faith and its practitioners around the world. #Stopinsulting_ProphetMuhammad #IndianMuslimGenocideAlert

#Stopinsulting_ProphetMuhammad#إلا_رسول_الله_يا_مودي
If we think that these people will stop such actions by polite explainatons then we are absolutely wrongBecause they know that we suffer the most from such actions the will do intentialythey will stop only if we react harshly pic.twitter.com/4NrTsBvEFf

SECULAR india is turning into a fascist state of HINDUTVA modi is gonna mad day by day implementing fascist ideas of RSS movement of oppressors used their power for muslim genocide this situation is jeopardizing the peace and security of the region#إلا_رسول_الله_يا_مودي pic.twitter.com/KWKSoOOD7o

Meanwhile in Kuwait garbage boxes are printed with Indian prime minister Narendra Modi for his state sponsored atrocities on Indian Muslims and derogatory remarks by his party members against prophet Muhammad SAW #إلا_رسول_الله_يا_مودي@DrSJaishankarpic.twitter.com/AmZaD3fy5m

Several trends under hashtags calling for the boycott of Indian products have been trending on social media in Arab countries.

BJP announced the suspension of Sharma from the party position but stopped short of taking more strict action.

After a boycott campaign in the Arab world, India’s Hindu nationalist ruling party BJP issued a press release, denouncing the insult of any religious personalities. 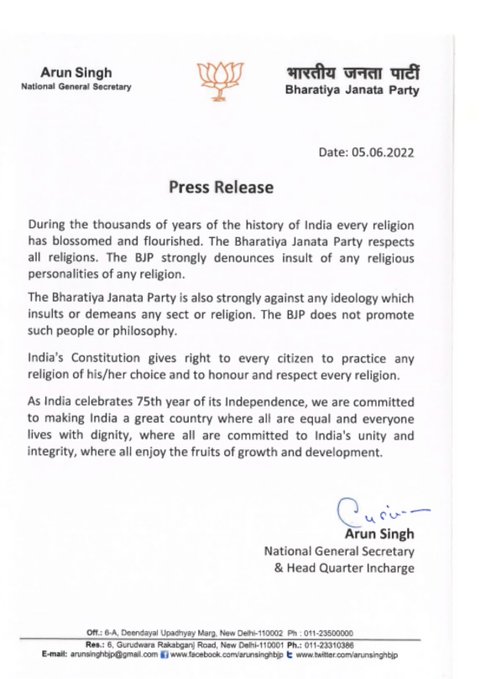