The family fell sick soon after eating out resulting in the death of two children, aged one and five 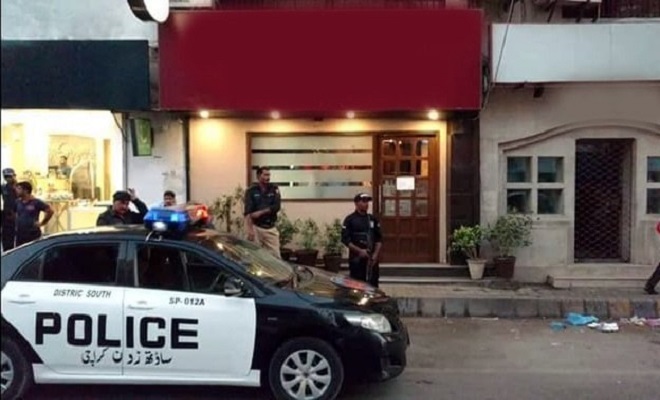 In a rather tragic and unfortunate turn of events, two brothers, aged one and five, have died due to food poisoning. According to initial police reports the family, two children and parents, had eaten dinner at the restaurant, Arizona Grill, at Zamzama Boulevard, in DHA Phase V and later had consumed some sweets from a shop outside Chunky Monkey amusement park on SeaView.

According to the mother, who was also hospitalized with the kids but is now in a stable condition, the kids reached home at 2 am and they started vomiting at 6 am. Relatives present in the house took them to the hospital at 2:45 pm.

For investigation, police has already collected samples of food for forensic analysis from Arizona Grill and sweet samples from the candy shop outside Chunky Monkey. Authorities have also retrieved footage from the closed-circuit cameras installed at the Arizona Grill restaurant and also sealed the restaurant.

The mother also commented that the children had also consumed milk at home.

Sindh Governor Imran Ismail and Chief Minister Murad Ali Shah have taken notice of the tragedy and sought an urgent report from the city commissioner. According to further developments, the body of the elder child has been taken to JPMC for post mortem investigation.