According to police, Rs935,600 were robbed from cash counters. 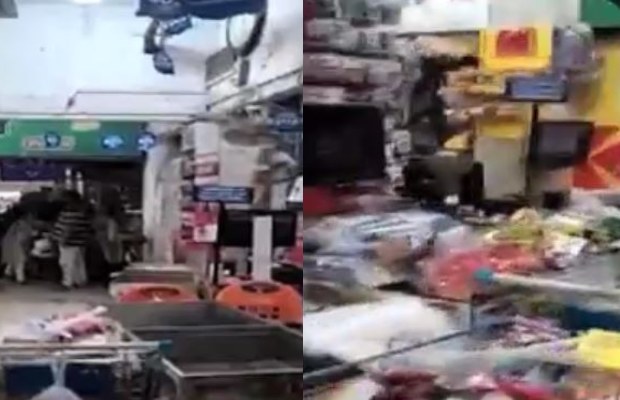 A police source confirmed that unidentified men on October 17 deprived Imtiaz Super Market situated in the Bahadurbabad area, of cash amounting to almost a million.

According to police, five armed men entered the departmental store after holding a security guard hostage.

While two suspects remained on guard outside the store during the robbery.

According to police, Rs935,600 were robbed from cash counters.

During the robbery, the armed men also assaulted a staff member but luckily no major injury was reported.

As being reported, the investigations into the incident are underway.

The police have also taken the security guard into custody for questioning.