The Nagorno-Karabakh conflict to an end after Armenia, Azerbaijan, and Russia sign a peace deal on Monday, after six weeks of fighting between Azerbaijan and ethnic Armenians.

However, there have been a number of ceasefire agreements brokered since fighting broke out again in September, but all of them have failed.

Under the new deal, Azerbaijan will hold onto areas of Nagorno-Karabakh that it has taken during the conflict. 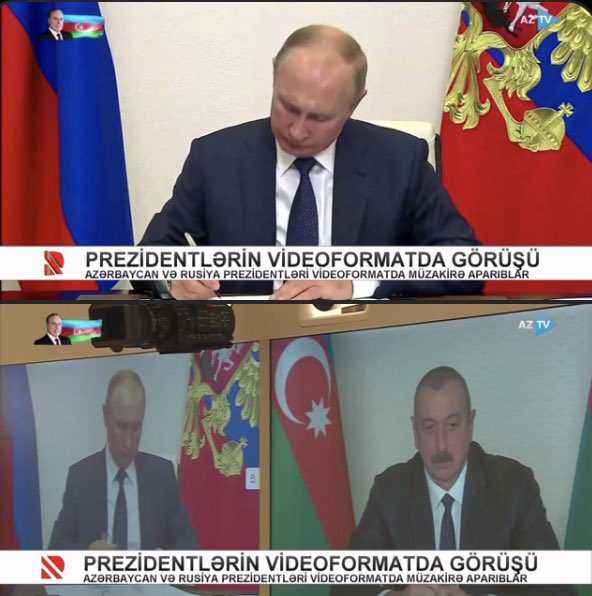 Armenian Prime Minister Nikol Pashinyan said he has signed a deal with the leaders of Azerbaijan and Russia to end the military conflict over the Nagorno-Karabakh region on Tuesday morning local time after more than a month of bloodshed.

Earlier Russian President Vladimir Putin said in a statement on Tuesday that Russian peacekeepers will be deployed along the front line in Nagorno-Karabakh following an agreement to stop the military conflict between Armenian and Azerbaijani forces.

He said he hoped the agreements “will set up necessary conditions for long-lasting and full-scale settlement of the crisis over Nagorno-Karabakh.”

Armenian Prime Minister Nikol Pashinyan in a post on social media, said the agreement was “incredibly painful both for me and both for our people”.

He added that his decision was based on “deep analyses of the combat situation and in discussion with best experts of the field”.

“This is not a victory but there is not defeat until you consider yourself defeated,” the prime minister said.

Baku on Monday announced thaat it had seized dozens more settlements in Nagorno-Karabakh, a day after proclaiming victory in the battle for the enclave’s strategically positioned second-largest city.

Reactions are pouring in on social media after Azerbaijan declared victory:

44 days! It took 44 days for #Azerbaijan to bring peace to the region and achieve what international community couldn't do for over 27 years. Proud of my country, proud of my nation and most of all of our brave and glorious military forces! ✌️🇦🇿✌️

64 villages were liberated from occupation by #AzerbaijanArmy just only today,on the #StateFlagDay of #Azerbaijan &the 🇦🇿flag have been also raised in #Shusha.

#Azerbaijan is a synonym of diversity. It is home for people who differ in religion, race & ethnicity. One aspect that unites them all is ❤️ for Azerbaijan🙏🏻 Today all compatriots are celebrating the liberation of the cultural capital, the city of #Shusha! #KarabakhisAzerbaijan pic.twitter.com/pvsXheBsCX