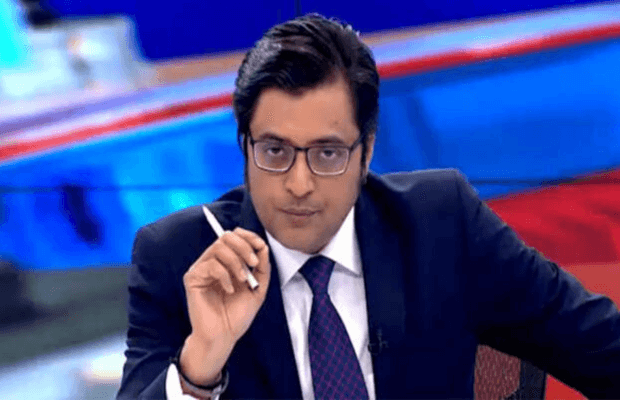 Indian journalist Arnab Goswami has been booked for inciting religious hatred during a show about a vigilante attack in which Hindu holy men were killed.

As per media reports, at least three FIRs have been registered against Republic TV head Arnab Goswami in Chhattisgarh for spreading communal hatred and defaming Sonia Gandhi, with several more police complaints pending.

As being reported, Chhattisgarh police registered FIRs against him under sections 120 B (punishment of criminal conspiracy), 153 (giving provocation with intent to cause riot), 153 A (attacks upon the religion, race, language, etc), 295 A (deliberate and malicious acts, intended to outrage religious feelings) 298 (uttering, words with deliberate intent to wound the religious feelings), 500 (punishment for defamation) 505 (intent to incite clash between communities) of the Indian Penal Code (IPC) on Wednesday.

In his show on April 21, Goswami, launched an attack on Congress president Sonia Gandhi for deliberately maintaining “silence” on the matter because “she hails from Italy”.

“In India, being a Hindu and wearing the orange colour has become a sin. I ask that if a maulavi had been killed, would people be silent? Would Sonia Gandhi, who hails from Italy, be quiet? Today, she is silent …I think she is happy in her heart that saints are being attacked in a state where she has formed the government. She will send a report to Italy saying that ‘Where I formed government, I am getting saints killed,” he stated. He alleged that she would not have remained silent had they been “Muslim preachers or Christian saints”.

Furthermore, on Wednesday, Goswami was attacked by a mob.

The Republic TV editor alleged that the attack on Wednesday night was carried out by members of the Youth Congress who had orders from “higher up”.

tweet
Share on FacebookShare on TwitterShare on PinterestShare on Reddit
Saman SiddiquiApril 23, 2020
the authorSaman Siddiqui
Saman Siddiqui, A freelance journalist with a Master’s Degree in Mass Communication and MS in Peace and Conflict Studies. Associated with the media industry since 2006. Experience in various capacities including Program Host, Researcher, News Producer, Documentary Making, Voice Over, Content Writing Copy Editing, and Blogging, and currently associated with OyeYeah since 2018, working as an Editor.
All posts bySaman Siddiqui