Aseefa Bhutto injured as a drone camera hit her in Khanewal

Aseefa Bhutto sustained a wound just above her right eye 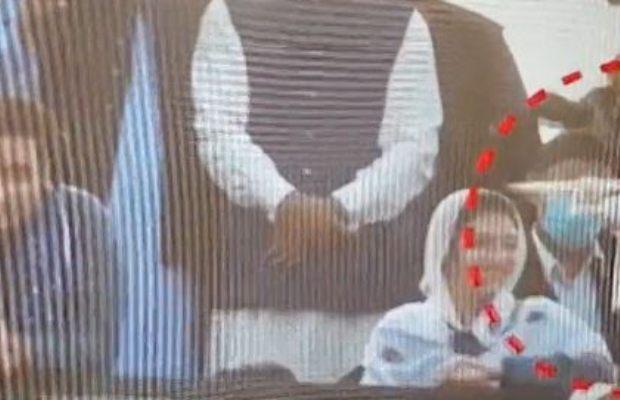 PPP leader Aseefa Bhutto Zardari was injured as a drone camera hit her in Khanewal on Friday.

The PPP leader is accompanying her brother and party chairman Bilawal Bhutto Zardari among other leaders on the container, during the party’s long march in Punjab’s Khanewal district.

As being reported, Aseefa Bhutto sustained a wound just above her right eye as a drone camera hit her while she was standing at the front of the container.

PPP leader Bilawal Bhutto while addressing the participants of the march, confirmed that his sister Aseefa received a wound after being hit by the drone.

Paramedic staff available at the venue suggested that she needed stitches, however,  Aseefa refused to be taken to the hospital.

She asked the ambulance staff to treat her with a bandage only, Bilawal Bhutto told.

PPP's Aseefa Bhutto Zardari at Awami March in Khanewal was injured when she was hit by a drone camera#AseefaBhutto pic.twitter.com/uVcI7QzVpb