The official statement is being awaited. 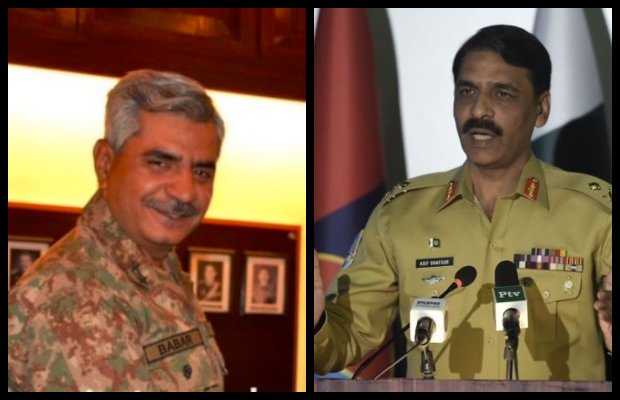 As being reported Maj Gen Asif Ghafoor has finished his tenure as DG ISPR. With due course for promotion, he has been transferred to the GOC 40 Infantry Division (Okara).

While the official statement is being awaited, Twitter is bustling with all sorts of reactions.

Thank U @peaceforchange
Major General Asif Ghafoor For Your Brilliant Services As DG ISPR. ❤😘😍
The World Will Never Forget Your Words And Surprises. Congratulation new @OfficialDGISPR MG #BabarIftikhar!❤ Hopefully you too will continue to carry out Asif Ghafoor's strategy! pic.twitter.com/cIxoBrpjHz

Ummm.. this new DG ISPR, will he be as nice towards civilians as the previous one? I mean we openly tag official account of DG ISPR for almost anything. Lol. Naya wala tang toh nahi ayega naa hum sey? 😜😜

Sir, @peaceforchange you did great job as DG ISPR, we will all gonna missed you a lot. Wish you all the best. Stay blessed.

DG ISPR changed. Reportedly Maj Gen Baber Iftikhar to replace Maj Gen Asif Ghafoor. In No other country would this merit a mention on the news but here we are.

Thank you Maj Gen Asif Ghafoor!! You did your job in best terms that exposed our so-called liberals and the Indian trolls at the same time. Good bye @peaceforchange #DGISPR pic.twitter.com/uMI9QxHUdq

Major general Asif ghafoor, a nightmare for our enemies,a brave and kind hearted man, an inspiration and when he said"we shall surprise u"the world witnessed it.. Thank you sir!#DGISPR pic.twitter.com/l8zoD7xzlv