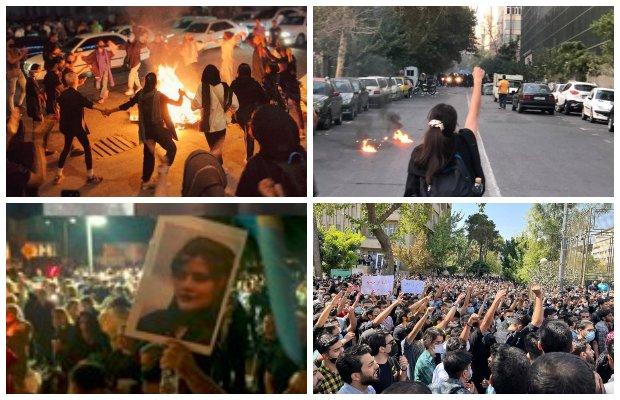 At least 9 killed in Iran as protests spread over a woman’s death in police custody.

As per the news source, a woman and a 16-year-old boy were among those killed, with dozens more wounded and arrested.

At least nine people have been killed since the violence erupted over the weekend, following the death of a 22-year-old woman in police custody.

Her death has sparked protests and clashes erupted in various cities between Iranian security forces and ranged protesters for the sixth day.

As reported by Iran’s state-run media the demonstrations are being carried out in at least 13 cities, including the capital, Tehran.

In the northern province of Mazandaran, angry protestors damaged or set fire to over 40 government properties and wounded 76 security officers, Rouhollah Solgi, the deputy governor, said.

On the other hand, Iran’s powerful Revolutionary Guards have issued a stern warning following the reports of security forces coming under attack.

In a statement, the Guards, who have cracked down on protests in the past, expressed sympathy with the family and relatives of Amini.

“We have requested the judiciary to identify those who spread false news and rumours on social media as well as on the street and who endanger the psychological safety of society and to deal with them decisively,” the Guards,  said.

“The will of the Iranian people is this: do not spare the criminals,” said an editorial in the influential hardline Kayhan newspaper.

Twitter has been in an uproar following Masha Amini’s unfortunate death.

This is Iran today. A woman proudly burning the most visible symbol of religious dictatorship; compulsory hijab.
Hijab police killed #MahsaAmini but now there are millions of Mahsa in Iran who are shouting NO to Forced hijab NO to gender apartheid regime.#مهسا_امینی pic.twitter.com/9tzd9IRwgB

To anyone normalizing forced hijab as a "cultural" dress code: There's nothing cultural about something that is widely opposed by the people of that culture to the point where some even risk being imprisoned, tortured or killed for protesting against it. #MahsaAmini

I call on all Weston female politicians who went to Iran & obeyed hijab laws while Iranian women were getting beaten for resisting hijab laws, now it is your turn. Listen and take action. Hijab police killed #MahsaAmini & killing protesters. #مهیا_امینی
pic.twitter.com/MwoFIhtqWO

Iranian islamic regime has no legitimacy anymore. People have shown that they see regime forces as occupiers and want to get rid of them. We ask international actors to consider it when they deal with the regime. #EndIranRegime #MahsaAmini #مهسا_امینی #IranProtests #Kurdistan pic.twitter.com/l06zlz7Mxm