BLA has claimed responsibility for the attack 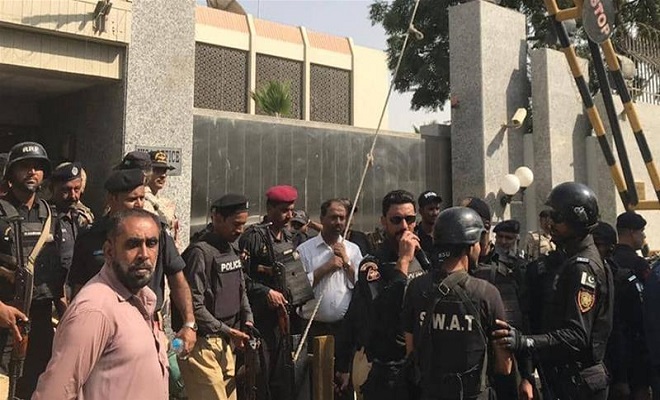 Early morning on Friday in Karachi, firing began at the visa section of the Chinese Consulate situated in Clifton, Karachi.

A combined police and Rangers operation was then ensued, sealing all lanes and schools in the vicinity. People were barred from entering the area and a message was also sent across to parents to stay put, until the situation cleared.

Operation was led by the South SSP and three attackers killed in the crossfire. One was a suicide bomber and a vest was found in his possession. The authorities seized the weapons and the army and rangers took over the consulate.

The crossfire resulted in the death of two policemen while one was injured and rushed to Jinnah hospital.

Balochistan Liberation Army has claimed the responsibility for the attack.